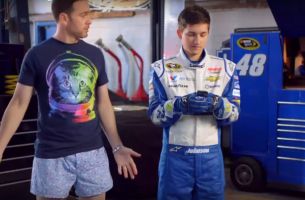 Inspired by fans’ shared love of racing, NASCAR today unveiled a new, integrated marketing campaign celebrating the launch of the 2016 NASCAR Sprint Cup Series season. 'Ready. Set. Race' will engage NASCAR fans online, at home and on the go through a blend of digital and social media activation, and original television creative.

Fans will be invited to put their racing skills to the test during the 2016 Daytona 500 on February 21, when NASCAR hosts the first-ever Hashtag 500 on Twitter. The unique promotion, developed by Ogilvy & Mather New York, will give fans a chance to win memorabilia from this year’s “Great American Race,” including a driver firesuit, helmet, steering wheel and set of Goodyear tires, among other race-used items.

"Ready. Set. Race was built around the simple human truth that all people love to race in some form – in the backyard, on their bikes or on the racetrack," said Jill Gregory, NASCAR senior vice president, marketing and industry services. "This campaign is unlike anything we've ever done, inspiring fans who love to race, and creating experiences for them to race other fans on social media."

To race in the Hashtag 500 on Feb. 21, fans must watch Daytona 500 race coverage on FOX (beginning at 12 p.m. ET) and follow @NASCAR on Twitter to receive a custom hashtag for each of 10 pieces of memorabilia. Once each hashtag is unveiled, the 500th person to tweet the hashtag in conjunction with #DAYTONA500 will win that race and receive the prize.

Beginning today through Saturday, fans can practice for the Hashtag 500 by competing in daily Twitter races for a chance to win unique, personal items from six NASCAR Sprint Cup Series drivers. Short digital videos featuring the drivers will unveil each day’s custom hashtag and be shared via @NASCAR and NASCAR.com/hashtag500.

Dale Earnhardt Jr. will host today's first practice race. The 500th person to tweet the hashtag and #DAYTONA500 will win a pair of sunglasses from the two-time Daytona 500 champion.

A promotional teaser for the Hashtag 500 aired on FOX this past weekend, beginning during Saturday’s season-opening Sprint Unlimited. Additional new NASCAR Sprint Cup Series creative promoting Ready. Set. Race will debut on Sunday during the Daytona 500 on FOX.

The creative will drive home the narrative that, first and foremost, it’s a universal love of racing that connects and inspires NASCAR fans, and drives their passion for the sport.

"We believe that everyone is born with a love of racing and with this campaign, we are hoping to remind them of it," said Teddy Lynn, Chief Creative Officer of Content and Social, Ogilvy & Mather North America. "Our goal with the creative was to bring that racing mentality to life."

For more information on the Hashtag 500, fans can visit NASCAR.com/hashtag500. 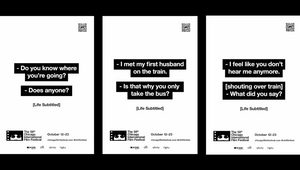