Ready For An Emergency? Most Americans Aren't 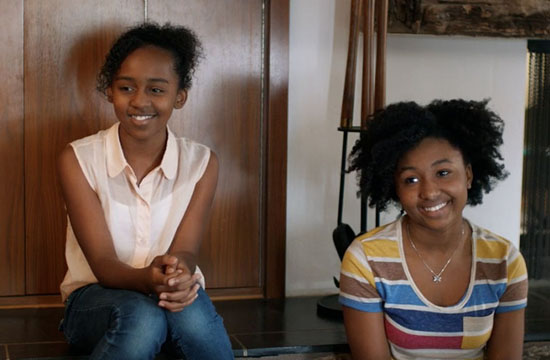 Sixty percent of Americans self-reported they currently do not have a family emergency plan in case of a natural disaster or other emergency, according to a 2013 national survey conducted by the Ad Council. To encourage parents to engage their children (ages 7-12) in a conversation about preparing for emergencies, including natural and man-made disasters, the Department of Homeland Security’s Federal Emergency Management Agency (FEMA) and the Ad Council unveiled a new series of public service advertisements (PSAs) as part of their Ready Kids campaign. The PSAs are launching in advance of the tenth annual National Preparedness Month (NPM).

Managed and sponsored by FEMA’s Ready Campaign, NPM is observed in September to raise awareness and encourage Americans to take steps to prepare for emergencies in their homes, schools, organisations, businesses, and places of worship. In partnership with Citizen Corps, emergency preparedness officials, and the Ad Council, NPM is an opportunity to disseminate emergency preparedness information and host sponsor activities across the country to help Americans understand what it truly means to be ready.

“Educating and engaging youth is an integral step in preparing the nation for all hazards,” said FEMA Administrator Craig Fugate. “Youth have a unique ability to influence their peers and families to be more resilient, and children can play an important role in disaster preparedness, during and after a crisis.”

Created pro bono by New York-based advertising agency Deutsch Inc., the TV, radio, outdoor, print and digital PSAs take a humorous approach to emphasise the importance for parents to involve their children in the preparedness process. Through these PSAs, families are provided preparedness conversation starters including: who to call as your out-of-state emergency contact, where to meet if everyone is separated, and what to pack as part of your emergency supply kit. The PSAs direct to the redesigned Ready Kids website where parents can find age-appropriate tools and resources they need to make preparedness a year-round family activity. The PSA campaign is also being localised for the New York City market in partnership with the New York Office of Emergency Management. The local PSAs direct New Yorkers to search Ready Kids at NYC.gov or call 311, both of which will provide them with the tools and information to help them take the necessary steps to be prepared.

"The Ad Council has inspired millions to engage in conversations with family and friends on tough topics like safe sex and drugs over the years; emergency preparedness is another one of those tough, important topics, where we need a dialogue with our kids," said Val DiFebo, CEO,
Deutsch NY. "We are excited to have worked with the Ad Council and FEMA on this project that demonstrates by not having an emergency plan, we are inviting chaos in."

The Ad Council’s survey also found that although 73 percent of Americans strongly agree that taking some simple steps to prepare could help protect them and their family in the event of a disaster, only 19 percent of respondents believe they are “very prepared” for a disaster.

“Our research has shown that parents need to prioritise family discussions about potential emergencies. These conversations are critical and can have a drastic impact on your family’s safety in the event of a disaster,” said Peggy Conlon, president and CEO of the Ad Council. “The Ready Kids campaign gives parents the tools needed to communicate and plan for emergencies in an age-appropriate manner.”

Launched in 2006, the Ready Kids campaign is a family-friendly extension of the national Ready campaign, which celebrates its tenth anniversary this year and has proven to be one of the most successful campaigns in Ad Council's 71-year history.

Per the Ad Council model, PSAs are distributed to media outlets nationwide and run and air in advertising time and space donated by the media. The random digital dial (RDD) computer assisted telephone survey was commissioned by the Ad Council, was conducted in partnership with Clark Research, LLC from July 23 to August 14, 2013. The sample consisted of 800 adults nationwide.