Awards and Events 352 Add to collection 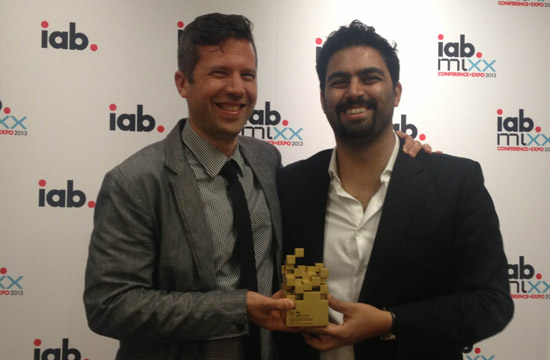 The Most Powerful Arm Ever Invented campaign for Save Our Sons to raise awareness for Duchenne Muscular Dystrophy has picked up Gold in Direct Response and Lead Generation at the IAB Mixx Awards in New York. The campaign was created by Finch, Reactive, Havas Worldwide Sydney and Red Agency.

After winning the IAB Creative Showcase Grand Prix in Sydney in July this year, the campaign entered the US MIXX Awards.  It was also a finalist in the Digital Out-Of-Home category. Reactive’s Tim Buesing and Finch’s Emad Tahtouh were in attendance to collect the award.