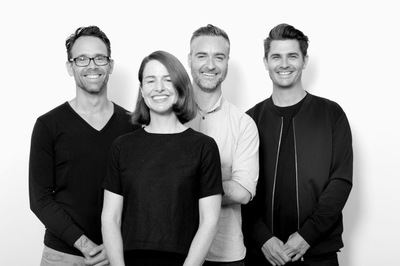 Former executive director of client services at Landor, Liney was instrumental in leading Landor through record growth across their work with Siemens, News Corp and IAG across London and Sydney. Liney is now responsible for driving the next phase of Re's growth through existing clients and new business.

Says Patrick Guerrera, CEO, Re: "Mark brings a wealth of high-end strategic consulting experience with globally renowned organisations. He'll play a pivotal role in in asserting our own credentials as the leading strategic brand consultancy in Australia and beyond."

Newly appointed head of strategy, Donald comes armed with over 20 years experience and leaves his role as global innovations director at Beam Suntory. His most recent work includes Canadian Club's 'Over Beer' campaign, earning him a Silver Effiie. Donald previously worked with M&C Saatchi chief strategy officer Justin Graham during his tenure Droga5 and again as a freelancer of M&C Saatchi.

Internally, Cornwell's promotion to creative director comes after two years with the business and an additional 14 years of international experience. Already recognised as one of the industry's most influential creatives, Cornwell has a Cannes Lion under his belt for his work with Nike x Selfridges and multiple D&ADs.

Bell's promotion to creative director comes after building Re's verbal identity department from the ground up and crafting the agency's identity capabilities as a critical part of brand development. Working across major clients including Optus, CBA and Uniting, Bell has also been recognised by D&AD for her work with Uniting and M&C Saatchi Group PR agency, Hidden Characters.

Says Guerrera: "Re is continuously evolving to meet the demands of our rapidly changing industry. Re is home to the most innovative and diverse minds creating the best client experience possible and producing the best work across the globe. Colin and Shannon's brilliance are a testament to the growth and success of our business.

"Mark and Tom bring un-paralleled experience and expertise to the team. We're excited for the next twelve months of growth for Re across both our Sydney and London operations."