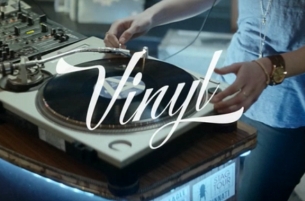 Smithwick’s has launched its new integrated campaign that will feature across TV, print, digital, PR and trade press.  With over 300 years of brewing expertise, Smithwick’s has always crafted remarkably better tasting beer and lead the way in beer innovation. The new campaign, created by Adam&EveDDB and directed by David Edwards, features a new strapline for the brand, ‘Superior Then. Superior Now.’  This new creative platform for Smithwick’s celebrates enduring quality and demonstrates that only the best things stand the test of time, championing timeless classics that still hold their own today, including Smithwick’s.

A step change from previous Smithwick’s campaign executions, the 40' TV spot follows a guy walking confidently into a contemporary bar wearing a high quality woollen flat cap. A super reads: “The Flat Cap. Since 1352.” The camera moves away from this man with the flat cap to a female DJ standing by her state-of-art decks. She slips out a record from its sleeve and flips it over. The camera moves down to a closer look at the records spinning on the turntables. A super reads: “Vinyl. Since 1930.” We then move towards another guy who’s sitting down, tapping his foot to the music. Focus is drawn to his shoes; a pair of beautifully crafted, contemporary, tan leather brogues. A super reads: “Brogues. Since 1910.” Moving back towards the bar, the barman pours the perfect pint of Smithwick’s and places it on the counter. The shot closes in on the pint and its deep red hue. The super reads: “Smithwick’s. Since 1710.” The screen closes with “Smithwick’s. Superior Then. Superior Now.”

A further 20 TV spot will introduce Smithwick’s newest innovation, Smithwick’s Blonde, on TV from 4th May and out of home from 18th May.

Shot in one continuous take with the camera moving seamlessly from one subject to the next, the ads are a piece of craftsmanship in their own right.  A flat cap that was spun, woven and hand-crafted by Donegal company Hata and hand-made brogues from Robinson's Shoes of Antrim feature prominently in the two ads which also feature actors Eoin Geoghegan from Camus, Connemara and Patrick O’Keefe from Wicklow.

Commenting on the new campaign, Jennifer English, Marketing Director, Diageo said:  “This campaign celebrates how craftsmanship, attention to detail and experience are appreciated by people for generations.  Fashions come and go but quality endures.”

In addition to the TV ad, a heavy-weight outdoor, digital and social media campaign is planned by Carat Ireland and will bring to life the Smithwick’s new positioning ‘Superior Then. Superior Now’.

The spot was directed by Rattling Stick's David Edwards. Due to David's dedication to the authenticity he filmed on location in a pub, rather than build a set. The technicalities to moving so seamlessly around the obstacles required the revolutionary camera system (which is basically a steadi-cam that can rotate 360degrees) and building ramps all around the bar that went from the inside to the outside (resulting in what looked like a mini skate park in the end!) allowing the camera operator to move through the location. This required intense rehearsing and choreography to navigate carefully around walls, doors and windows, which were invisibly opened and closed to allow the camera to pass through. These were then put back in post to give the feeling that you are passing through the glass making the outcome feel simple and effortless.