Joel joins for representation in the UK & US 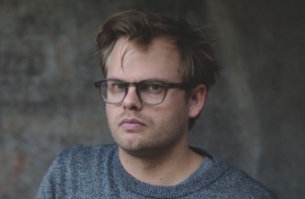 Rattling Stick is pleased to announce the signing of New Zealand’s Joel Kefali for U.S and U.K representation, following his recent hiring at Goodoil Films.

Joel Kefali is an acclaimed filmmaker, designer and art director with a unique creative style that has seen him win international awards for his music videos, branded content and filmmaking. He’s directed significant projects for major international brands such as Lexus and Spotify and worked with global superstars including Alicia Keys and Katy Perry.

Joel joins Rattling Stick for commercial representation after establishing a ubiquitous presence in music videos, which have amassed in excess of 650 million views on YouTube.  From the technicolour exuberance of Katy Perry’s “This is How We Do” to the graphic sparseness of Lorde’s “Royals,” Joel’s unique perspective has helped garner multiple awards including MTV’s VMA for Best Rock Video in 2014 and Best International Music Video at the 2014 MMVA’s.

Joe Biggins, EP at Rattling Stick US said “The creative punch Joel packs is his ability to balance artful composition with layered, nuanced technique and performance, no matter how heightened or naturalistic the world he’s creating needs to be to connect with the audience on an emotional level.”

Joel Kefali said “It’s a real privilege to join Rattling Stick. I’ve long admired their awesome roster of directors so I’m stoked to be onboard and I’m looking forward to working with the team in the UK and US!”

Joel Kefali’s Target Style campaign, featuring Charli XCX & Questlove’s cover of “Groove Is In the Heart," is currently running in America and he’s also finishing post on the next round of Target Style for Mother/NY.