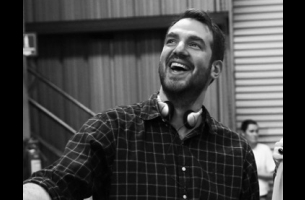 Multi-award winning comedy and documentary Director, Gabe Turner, a founding partner at Fulwell 73, has signed to Rattling Stick for commercials representation in both the UK and US markets.

Gabe’s incredible body of work transcends both genre and platform with authentic performances, not only from stars of stage, screen, comedy and sport but also those new to being in front of the camera and is accompanied by a natural cinematography that makes his work enormously accessible to his audiences.

His work includes commercials for numerous global brands such as Samsung, Nissan, Honda and Sony, music videos for Demi Lovato, Olly Murs and One Direction, including the epic video for their track ‘Steal My Girl’, which he directed with his brother Ben Turner and ‘Drag Me Down’, which won this year’s ‘Best British Artist Video’ at the Brits.

Through Fulwell73, the company that he co-founded with Leo Pearlman, Ben Winston and brother Ben Turner, he has helped create some of the most talked about and shared work on the planet, including the ever popular Carpool Karaoke with James Corden (Gabe directed the pilot with Mariah Carey). He also helped develop the Late Late show for 6 weeks with collaborators Ben Winston and James Corden.  Gabe will continue as partner of Fulwell73, with Rattling Stick representing him within the UK and U.S advertising markets as a director.

Rattling Stick’s President, Johnnie Frankel comments: ‘We’re excited to have Gabe join us.  He is a unique talent and his brilliant mix of comedy and documentary styles will be a great addition to our roster both here and in America.  His recent campaign for Samsung, Produced through Rattling Stick and starring Jack Whitehall, is a great example of what he can bring to the table.  He has a wealth of experience across all elements of filmmaking and we’re excited to develop our relationship even further across his commercial work.  As if having an absurd amount of monumental talent wasn't enough Gabe is also blessed with an encyclopedic knowledge of football making him a must have guest at most dinner parties.’

Gabe adds: ‘Every idea has a natural platform, whether it’s TV, Film or Online or something completely different. My passion is making it happen in the space it should and trying to deliver a film that's truly engaging'.’

Gabe started his career with the critically acclaimed feature doc ‘In The Hands of the Gods’, which he co-directed with his brother Ben. He then went on to make ‘The Class of 92’ for Universal, which became the fastest selling sports documentary of all time.

In 2014 Gabe directed his first feature ‘The Guvnors’, which won two National Film Awards and is currently shooting a new documentary with Usain Bolt, as the world’s greatest athlete attempts to win his third consecutive gold medal at the Rio Olympics in 2016.

All of Gabe’s feature, TV and music promo work as a director, producer and writer is done through Fulwell 73.