Rattling Stick Leaves Like a Legend in NESCAFE's New Campaign

The spot was brought to life by Swedish directing duo Traktor 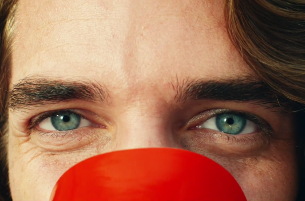 NESCAFÉ Original has kicked off the launch of a new brand campaign ‘LEAVE LIKE A LEGEND’ with a playful TV spot entitled ‘Swooshy Man’. The campaign aims to engage a younger generation of coffee lovers and continues to celebrate NESCAFÉ Original as the Nation’s biggest and favourite coffee brand

The idea dramatises the feeling NESCAFÉ Original’s new ‘double filtered, fuller flavour’ provides. Nothing sets the scene for the day quite like a coffee made in your own kitchen; then you’re out of the house, ready to take on whatever the world throws at you.

The tongue-firmly-in-cheek spot opens on our hero, an ordinary young fella swooshing his fine head of hair through a shower of coffee beans…as you do! He hits the street, thrusting his way to work, an unstoppable force of flowing locks. Nothing can get in Swooshy man’s way, not even the endline it seems, as he strides through it as if it was made of polystyrene, (which it is!).

Swedish directing combo Traktor brought the spot to life, and it was produced through Rattling Stick in the UK.

Dave Monk, Executive Creative Director, Publicis London said: “NESCAFÉ Original have improved what’s inside the jar, so we’ve cranked up the advertising to match. The first telly ad in the ‘Leave Like a Legend’ campaign sets out the stall with some big bombastic daftness. We’ve basically taken the first four seconds of someone’s day and turned it up twenty notches, through the medium of coffee, lens flare, slo-mo and a soundtrack by Whitesnake.”

Richard Howatson, NESCAFÉ Marketing Director said: To celebrate the launch of our fullest flavoured NESCAFÉ Original yet, we’re excited to share the ‘Leave Like A Legend campaign. We want to empower the nation to feel that they can leave the house like a legend every morning after a cup of NESCAFÉ Original.