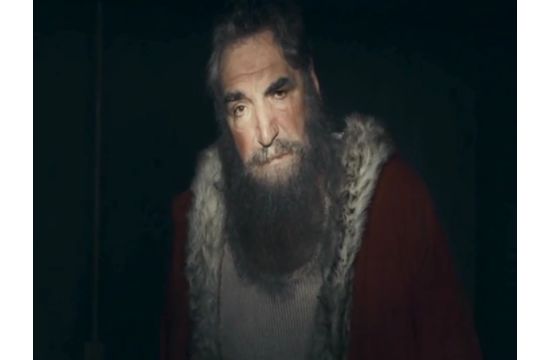 Monday the 2nd of December sees the launch of a new campaign for Greenpeace. Entitled ‘Save Santa’s Home’ the film sees the renowned actor Jim Carter as a rather distressed Father Christmas, appealing for help to save the Arctic.

The dark humour of the film is teamed with a very serious message, especially relevant with the recent media attention on the thirty Greenpeace campaigners who have been imprisoned in Russia for protesting against Gazprom in the Arctic.

Directed by Ed Morris, through Rattling Stick, the 1.45” film will be online and be screened in independent cinemas across the country. An exclusive ran in The Sun on Sunday and Jim Carter himself talked about the film during his interview on the Andrew Marr show.