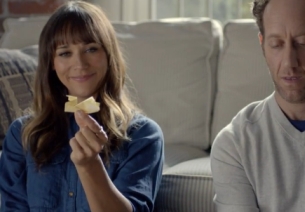 We live in a sophisticated technological age, so it's strange that so many of us are still experiencing frustration accessing it. Painfully slow downloads, interrupted streaming, dead wi-fi spots in our homes, and a lack of Custom TV.

So McCann NY has launched the 'Get Out Of The Past' campaign for FiOS, Verizon's bundled Internet access, telephone, and television service.

The campaign stars the thoroughly modern actress, Rashida Jones, and an unusual ensemble comedian cast comprised of her real life friends and her mother, Peggy Lipton.  The rapport between Rashida (incidentally, a real life FiOS customer) and her friends and family – as they reveal that they clearly are not quite so current with their technology – establishes both the advantages of FiOS and the campaign’s wry comedic grace.