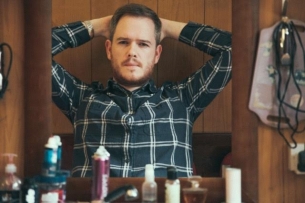 Rascal Films is excited to announce the signing of award-winning director Jonathan Pearson for exclusive North American representation. This year, Pearson has been overwhelmingly decorated for his work for The Pilion Trust campaign “F**k The Poor” garnering multiple awards at Cannes, Clios, D&AD, the One Show, BTAA and Creative Circle.

“Jonathan is a versatile director who understands the language of film and is equally skilled at integrated productions,” explains Rascal Films’ Co-Founder Pete Christy. “Jim Golden and I admired his work and then had the opportunity to see him in action. He demonstrated both a tremendous talent and an unflappable demeanor during the intensity of a complex production. We are excited to help extend his career here in the States.”

“When I got to know Pete and Jim we connected personally and professionally,” says Pearson. “I was struck by their depth of experience and the level of trust they instill in clients. It’s a genuine enthusiasm and easy camaraderie that creates an environment that is immediately welcoming.”

Pearson says his “whole life has been taken up with filmed storytelling.” Propelled by a childhood fascination with movies and television, his directing journey began at film school in New York. Returning to his native London, Pearson worked in various roles in the advertising industry including at agencies, VFX houses, production, and editing companies. His goal: to be conversant with the many facets of the production process.

“I wanted to speak the language of each in order to be an effective director and part of the team experience of production,” he explains. “It was my self-imposed graduate program before stepping into the world of directing, and intensified my appreciation for the many collaborators involved in bringing a project to fruition.”

He began experimenting with music videos and short films, which were screened at festivals around the world winning various awards along the way. Among them, the chilling “Beginningless” which was commissioned by music label Ninja Tune.

Moving into commercials, he went on to win an award for Best New Director at the Midsummers Festival and was featured in the Cannes Young Directors showcase. Among his noted projects: the haunting Unicef “Violence Vaccine,” the visually poetic Mercedes “If,” and the VFX-intensive National Geographic “Beyond Magic,” among others.

2013 marked Jonathan’s entry into television drama with Channel 4’s ‘Run,’ a critically acclaimed show he created and directed. The project was originally intended as a non-linear experience for the web before it was picked up by the network and went on to win a BAFTA and two Royal Television Society Awards. His creativity also extends to photography and the documentation of urban landscapes, as well as how people relate to each other in a city environment.

“Jonathan possesses so many creative tools,” concludes Christy. “We look forward to deploying them in the US market.”