Panel on Virtual Tourism: 360, VR and the Travel Industry takes place at 5:00pm on Wednesday March 16 at the Hilton Austin Downtown 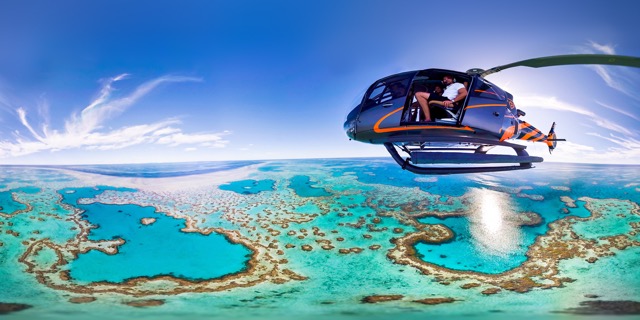 After being selected from more than 6,000 submissions to present at SXSW, Rapid VR has put together a panel of travel and technology industry heavy hitters to shine a spotlight on "Virtual Tourism: 360, VR and the Travel Industry".
The Rapid VR team joins a list of high profile speakers at SXSW - including US President Barack Obama, who will take part in a keynote conversation on day one.

The session will explore how brands, destinations and marketers can embrace VR and 360˚ video technologies to create virtual tourism experiences that deliver new ways to engage with and market to travellers.

Says Susannah DiLallo, co-founder and EP, Rapid VR: "SXSW is an incubator of cutting-edge technologies and digital creativity. We're thrilled to bring together some of the brightest minds in their fields to examine an industry that is proving to be an early mover in the VR revolution, particularly this year when VR is the buzz word of SXSW.

"Qantas has already teamed with Rapid VR to produce a 360 VR experience of the Great Barrier Reef and Hamilton Island, and we invite all Aussies traveling to Texas for SXSW to our panel session to get the latest insights on how 360˚ video technology is giving travellers the chance to explore holiday destinations virtually - and marketers new ways to encourage them to then visit in real life."

To coincide with their SXSW appearance, the Sydney company has also launched its own 'Rapid VR' virtual reality mobile app for Android & iOS, compatible with Google Cardboard VR headsets, available to download now from the Google Play and Apple App stores.

Download the app of Google Play here, or on Apple iTunes here.

Rapid VR's panel on Virtual Tourism: 360, VR and the Travel Industry takes place at 5:00pm on Wednesday March 16 at the Hilton Austin Downtown