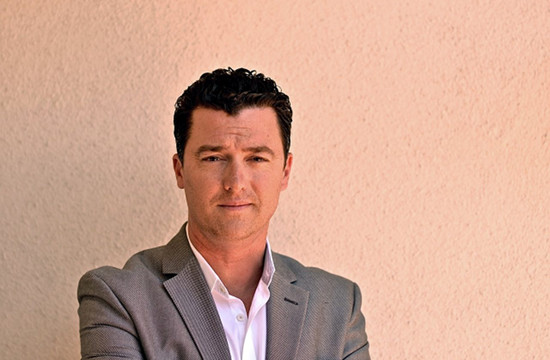 Visual effects production studio Scoundrel is excited to announce the addition of Partner/Executive Producer Raoul Bolognini. Bolognini brings a wealth of producing and business development experience to his partnership in Scoundrel. In addition to welcoming Raoul, the company recently expanded to a larger studio in New York as an addition to its longstanding Los Angeles headquarters.

“Scoundrel is a boutique company with the perfect combination of incredibly robust internal creative matched with a vast external network of resources. I have been searching for a home for my existing clients and it quickly became clear that Scoundrel was the right fit for everyone,” comments Partner/EP Raoul Bolognini.

Currently, Raoul and Scoundrel are working on Beware The Night for Jerry Bruckheimer and Screen Gems, one of Raoul’s longtime clients. Screen Gems’ President of Production Glenn Gainor says: “We’ve been collaborating with Raoul for nearly a decade. He has an exceptional understanding of the world of visual effects and delivers outstanding work on budget.”

Raoul has worked in the film & television industry for over 20 years and is a noted and prolific visual effects producer. Among his credits are contributions to such feature films as This Is The End, Bling Ring, Grown Ups 2, Gangster Squad, Twilight Saga, Premium Rush, Limitless, Fast & Furious, The Karate Kid, Pineapple Express, Spider-Man 2. His work as a television visual effects producer includes the signature episodics “Terminator: The Sarah Connor Chronicles,” “Drive,” “Criminal Minds,” and the “Battlestar Galactica” miniseries. He also contributed to Joss Whedon’s iconic pop culture series “Buffy The Vampire Slayer” and the Emmy Award-winning “Firefly.”

“Raoul has a long history and proven track record in the industry,” notes Scoundrel Co-Founder/CG Supervisor Morgan McDermott. “He’s trusted by clients and respected by the visual effects community for his depth of experience and candor. He epitomizes professionalism with disarming and genuine Brit charm. For all those reasons, and more, he is an exceptional EP for our company.”

VES Award-winning CG Supervisor Morgan McDermott and VFX Supervisor Nick Lund Ulrich founded Scoundrel four years ago. Since its launch, Scoundrel has crafted visual effects for Larry Crown, Priest, Premium Rush, Bling Ring, Red, and Devil, among others. The company is based in Los Angeles with a production studio in New York.

Before becoming a Scoundrel, Morgan McDermott had a 10-year career as a graphic designer, art director and 3D illustrator until he made the switch to visual effects. After working in New York for network television, McDermott moved to Los Angeles and joined Digital Dream as a compositor and 3D generalist, earning a VES award for his environment work on HBO’s “The Pacific.” McDermott’s design career lends a strong artistic eye and attention to detail that benefit his work as Scoundrel’s CG and Environments guru. A VFX Artist and Supervisor with over a decade of experience, Nick Lund-Ulrich started his career at post-production giant Method Studios(formally R!OT). There he worked on such films as Sky Captain, Angels In America, and Terminator 3. After five years at RIOT, Nick joined Jerry Pooler and the team at Digital Dream. His visual effects credits there include The Lion The Witch And The Wardrobe, The Guardian, and Next. Nick also had the privilege to work with acclaimed matte painter Ken Nakada on films such as: City Of Ember and Apocalypto. In 2010 Nick won a VES award for his compositing work on The Pacific. As one of the founders of Scoundrel, Nick has worked on such films as Priest, Premium Rush, and Larry Crowne. Nick specializes in the creation and application of practical elements to maximize realism in his work, and believes that the vfx are there to serve the story, not the other way around.