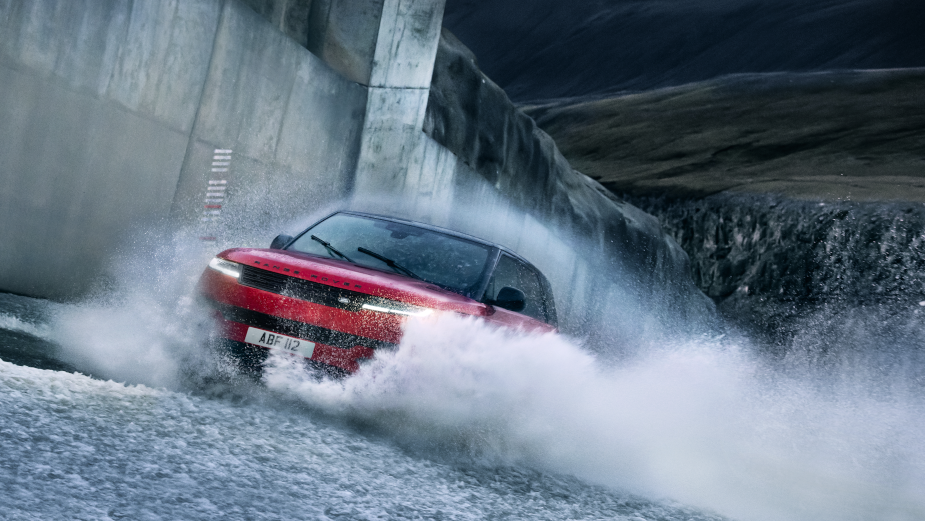 Every two years, the Range Rover Sport undertakes an impossible challenge in an unforgiving place. And every time, we have to somehow find another level to beat the challenge that went before.

In 2022, Spark44 found that level just south of the Arctic Circle in Iceland: the Kárahnjúkar Spillway.

The New Range Rover Sport had to drive up the Spillway of Europe’s biggest dam at speed.

In front of the vehicle, 750 tonnes of water per minute gushing down. Behind it, the ever-present threat of a 90-metre drop into the canyon.

It was a huge test of self-belief and confidence for 27-year-old Jess Hawkins – a truly death-defying challenge.

It was also a major test of the vehicle itself. Spark44 travelled to Iceland with only one Range Rover Sport, overcame every obstacle and brought it back intact.

Brian Fraser, global CCO, Spark44 | Accenture Song, said: “This is a unique and epic story that demonstrates a special kind of human courage, made possible only with the New Range Rover Sport. What I love about it is the raw emotion. It’s a huge and beautiful roller-coaster.”

Richard Agnew, Land Rover global brand communications director, said: “The third-generation Range Rover Sport is the most engaging, thrilling and dynamically capable ever. So it deserves to be introduced to the world in an ambitious and heroic way – with a challenge that leaves no doubt over its dynamic capability.”

Lino Russell, director, Bang TV said: “It was the opposite of what you would do on a regular production: starting with the most inaccessible location, completely exposed to the elements, with no control over what will happen. No matter how careful we are and how many safety measures we put in place, it is still a very dangerous situation to put both our driver Jess and the crew in.  It was one of the most inhospitable locations I've ever worked in. Breath-taking views, but one wrong step and you're gone. It was also impossible to get a decent cup of coffee.”