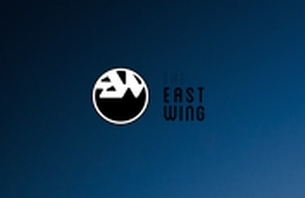 Historically, most post production work in the UK has been housed in London’s Soho district. Over the last few years Rich McCoull, owner of The East Wing Studios has seen a significant amount of new business re-locating from London’s traditional post production houses.

To match new intake of exciting projects that are in the pipeline and the high demand from their existing customer base, The East Wing plan to extend their facilities, adding another edit suit and sound studio, as well as recruiting more talented editors and sound technicians to support their existing team.  The business has grown organically and has already established itself alongside some of the most prestigious post houses in the UK and has adapted to the needs of clients who demand a more bespoke and personal service.

Rich McCoull comments; “Even companies in the North East have historically sent much of their post production work down to London.  This has changed over the last few years and more than ever, with location being less important than experience or margins, there is a significant increase in work coming into the studio”

“Our clients have given us great testimonials and the general feedback is that we work with them personally, at all stages of their projects. Clients don’t think that they’re on a conveyor belt and appreciate the individual focus that each project is given by the team”

The East Wing has only just completed a project with Malcom Gerrie and Whizz kid Entertainment, ‘A Blackpool big band boogie – Jools Holland and his Rhythm and Blues orchestra’ which airs 26.07.15 on the BBC, directed by Newcastle’s own Geoff Wonfor. During the post production, all carried out at The East Wing, Geoff Wonfor commented

“As a Newcastle-based Director and producer, it’s not often that I get the chance to direct a show and complete the post production in my home town.”

Geoff continues: “They (The East Wing) provided us with everything we needed; video edit, colour grade and sound edit – not only are they a smashing bunch, but the facilities and location were perfect for us”