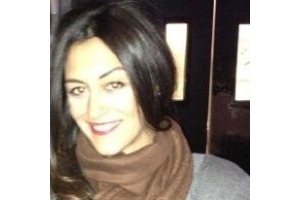 “Raison D'Être is growing rapidly and quickly solidifying its name in the fashion, beauty and lifestyle space, so hiring Jessica was a natural next step,” said Peter Corbett, Founder of Raison D'Être and president of Click 3X, Raison D'Être’s production partner. “We’re thrilled to have her on board and are confident she’ll expertly lead the charge in growing the business in a seamless and strategic way, a task she’s proven that she can handle.”

In 2008, Adams founded 5s Public Relations, a Boston-based boutique PR firm specializing in fashion, beauty and lifestyle clientele and Studio 5 Showroom, Boston’s first fashion showroom and recipient of the Boston Globe’s Best of 2011 Award. In 2011, 5sPR was acquired by Regan Communications Group, after which she relocated to New York to oversee campaigns for a wide range of Regan’s hospitality and lifestyle clients including renowned venues Capitale and espace, Mohegan Sun and the David Ortiz Celebrity Golf Classic.

“It’s not often that you come across a company that’s truly reinventing how consumers engage with brands through digital content,” said Adams. “My background allows for an exciting opportunity to leverage the creative talent here into a powerful full-service offering, one that provides a unique spin on the traditional 360 degree approach to consumer engagement.”

Raison D'Être launched in 2013 with a client roster including The Estee Lauder Companies’ Breast Cancer Awareness Campaign, VFILES, Make Up For Ever and The Lymphoma Research Foundation.