For its 26th annual program, The Radio Mercury Awards has named Highdive Advertising’s co-founder and creative director Mark Gross as its Chief Judge 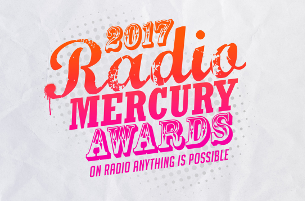 The Radio Mercury Awards are once again set to honor outstanding radio created by advertising agencies, production companies, radio stations and students. The world’s only competition exclusively devoted to radio, over the past 26 years, nearly 18,000 commercials have vied for over $3.2 million in prizes. This year’s contenders will compete for up to $84,500 in cash prizes, including the $50,000 Best of Show prize.

For its 26th annual program, The Radio Mercury Awards has named Highdive Advertising’s co-founder and creative director Mark Gross as its Chief Judge. To address the goal of attracting record numbers of submissions, Gross and his colleagues at Highdive teamed-up with artists at Cutters Studios to produce a nearly two-minute spot called “On Radio Anything is Possible.”

Written by Gross along with Highdive’s Chad Broude and Bart Culberson, the spot was directed by Brian Broeckelman of Dictionary Films, edited by Tom Brassil of Cutters, produced by Cutters’ Heather Richardson, with sound design and mixing courtesy of John Binder and Peter Erazmus of Another Country. It stars actors Christopher Jones (as the spokesperson) and Betty Owens (as his beloved grandmother) demonstrating exactly why radio remains one of the world’s most powerful storytelling mediums.

“I truly believe creatives have more freedom in radio than anywhere else,” began Gross, who has considerable authority on the subject.  Well known for his work on the world famous “Real Men of Genius” campaign for Bud Light, he’s won three Best in Show Radio Mercury Awards, two Cannes Radio Grand Prix Lions, a Radio Grand Andy and a Radio Grand Clio, among many other top-tier industry honors. Notably, Gross also served as President of the inaugural Cannes Radio Jury, and as President of the Clio Radio Jury.

Gross’s partner at Highdive, co-founder and creative director Chad Broude, has also won extensive awards accolades globally, to include several Radio Mercury Awards. He provided even more validation for radio’s importance in 2017. “Even with digital spending leading the media landscape, radio spend is up every year,” he explained. “Data show that millennials tune into radio regularly. And according to various research studies, radio ads are still one of the most effective forms of communication, especially when it comes to purchase influence.”

For Highdive, credit for “On Radio Anything is Possible” also goes to head of account management Aly Withey. The music was composed by Asche & Spencer.  Speaking of the Cutters Studios contributions, Gross added, “We couldn’t have gotten this done without the tremendous efforts and support from Dictionary, Cutters and Another Country. Brian brought the idea to life with great ideas and his sharp eye for casting, while Tom actually came up with a lot of the sound effects - and his cutting style helped to ‘plus’ the comedic effects. And since sound was most important, John and Peter brought it across the finish line with their amazing sound design.”