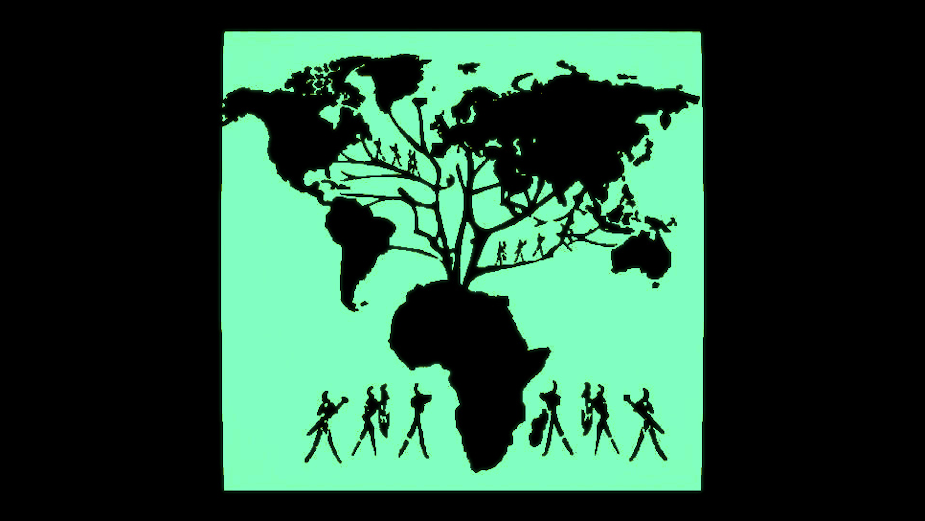 Adelphoi Music's Jonathan Watts returns, taking us on another eclectic journey of old, new, overlooked and lesser known tracks that have musical roots in Africa.

For the uninitiated the Roots playlist showcases an eclectic range of music from across the globe from the unfamiliar, forgotten, or recently discovered, to the most upfront sounds of now, all with the common theme of being rooted in Africa.

We open on the mellow and lo-fi tones of Melbourne based duo, Acidslop. The band and label have highlighted that this record was created on stolen land of the Wurundjeri people. They acknowledge the traditional custodians of this land, who today still continue to survive genocide. Through this ep the band have raised awareness of the Warriors of the Aboriginal Resistance (WAR), a collective of young Aboriginal people committed to the cause of decolonisation and the philosophy of Aboriginal nationalism - resistance and revival.

The vocals from Bessie Jones’ ‘Sometimes’, recorded in 1960, might sound recognisable to those familiar with Moby’s ‘Honey’, but if it wasn’t for the culture of sampling many may not have become acquainted with Bessie Jones’ vocals. It’s music like this that illustrates how so much amazing music often gets overlooked, but inspires and influences major recording artists. Jones felt a need to preserve African-American history through song and dance, and in 1961 she travelled to New York City to record her biography and body of music. The recordings are preserved in the Alan Lomax archive.

On The Corner Records are back with a fresh track for summer 2020, Ugugu lifted from the ‘Son Of Sun’ EP from Morroccan producer Guedra Guedra. It’s a euphoric, high-energy, future dance sound demonstrating the rich product of North Africa’s fertile club scene.

A favourite curveball selection for house and techno DJs, ‘Stebeni’s Theme’ appears on the 1981 debut album from Bonjo Iyabinghi Noah and Adrian Sherwood’s psychedelic dub outfit, African Head Charge. The group’s truly global revolving line up has included the likes of Skip McDonald and Jah Wobble, and its heavy percussive sound draws influence from across the spectrum of dub, nyabinghi and post-punk, filtered through Sherwood’s relentlessly experimental production style.

Curtis Mayfield’s ‘Right On For The Darkness’ appears on the B-side to 1974’s single ‘Kung Fu’, as a conscious breakbeat funk track with lyrics about greed and inequality, and replete with wah wah guitar, symphonic strings, and Mayfield’s trademark falsetto. This cover by Willie Wright, released in the same year, strips back the orchestration and ramps up the melancholy, his deeper voice backed by a heavy drum workout and duelling flute and guitar, recalling the collaborative work of Brian Jackson and Gil Scott-Heron.

Virna Lindt’s debut album, ‘Shiver’, released in 1983 by the Compact Organisation, combined the ethereal cold wave sensibilities of the period with a thematic and aesthetic recollection of 1960s cold war spy thrillers and the lounge jazz, rock and roll crossover sound of James Bond composer, John Barry. ‘Underwater Boy’ layers a low slung rock and roll rhythm section with smooth jazz harmonies and dubwise production that evokes images of Sean Connery in a diving suit floating around a submarine.

The octogenarian saxophonist and professor of music, Archie Shepp, has been at the forefront of avant-garde jazz since the early 60s, with a hand in the development of innumerable subgenres, including free jazz and jazz-funk. ‘The Fifth of May’, released in 1987, combined Shepp’s free flying saxophone work with electronics and ‘Fourth World’ instrumentation by the Dutch keyboardist, band leader and teacher Jasper Van ’t Hof. ‘Pulse of the Roots’ opens with thumb piano and sedate piano, layering the instrumentation into a blissful new age climax, led by Shepp’s soaring saxophone.

There are so many more to mention, but I will let the music do the talking in this seemingly endless journey of timeless music that has gone under the radar for the many!