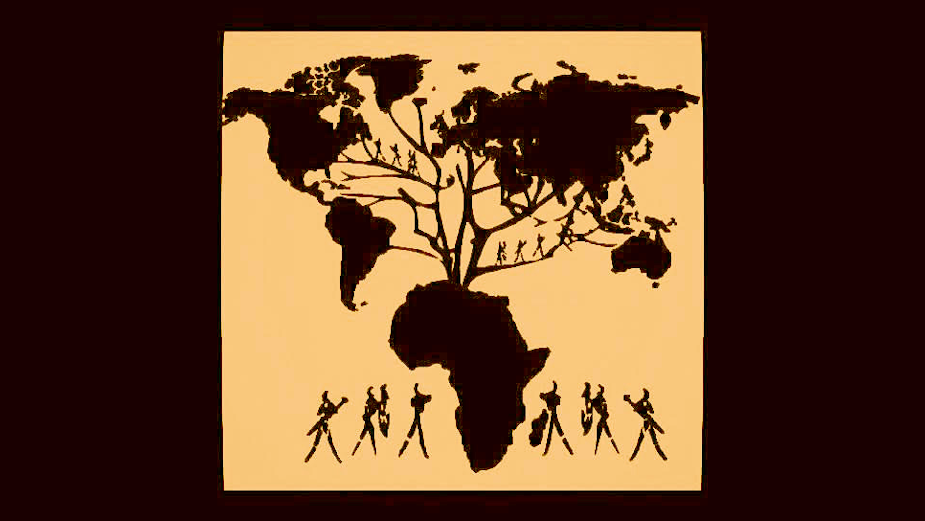 For the uninitiated the Roots playlist showcases an eclectic range of music from across the globe from the unfamiliar, forgotten, or recently discovered, to the most upfront sounds of now, all with the common theme of being rooted in Africa.

We open with an Afrobeat belter inspired by the sounds of Fela Kuti. Little is known about the artist ‘Inflo’ aka Dean Josiah, other than he’s produced for Michael Kiwankua, Celo Sol and Little Simz. He is one part of the elusive trio SAULT and have included their track ‘Masterpiece’ within this playlist too.

‘Sam’, a psychedelic, bluesy folk track from the obscure band Quiet World features  pre-Genesis Steve Hackett. The track Sam originally released as a single in 1971 has been reissued as part of their concept album ‘Road’.

‘Oboe’, an hypnotic, blissed-out, easy on the ear, reggae/funk tune, originally released in 1980 though Studio One on the 'Showcase' album, has been recently reissued as a single for the first time ever via the legendary Soul Jazz Records. It was written by Jackie Mitto, known as ‘the keyboard king’ and founding member of the reggae band the Skatalites. He was also a prolific songwriter who played and served as a musical director on virtually every record that came out of the famous Studio One recording studios in Kingston, Jamaica.

Jackie Mitto may not be so much a household name generally, but he is so highly regarded within Reggae circles that upon hearing of his death, Coxsone Dodd, a Jamaican record producer who was influential in the development of ska and reggae in the 1950s, 1960s and beyond, expressed his high admiration; "He was an ambassador of our music worldwide... there can be no doubt. Read the legacy this young man has left behind. May his name be remembered and his music live on."

Staying with reggae, but moving into more ‘lovers rock’ territory is a track by beatmaker Budgie, that sounds like it came out 30-40 odd years ago - maybe because in part it did, with a sample from Ruddy Thomas and Susan Cadogan (You Know How to Make Me) Feel So Good.

Bringing things up to date to the sounds of now, is up and coming artist Sir Was with a track lifted from his second LP ‘Holding On To A Dream’. Lofi hip hop beats, dubwise effects, and dream pop textures abound on this collaboration with Little Dragon. I sense we will be hearing more of Sir Was over the next coming years.

Khruangbin, perhaps not so obscure as they’re now playing on the festival circuit and receiving the plaudits they deserve, are back with a brand new soul, funk track ‘Time (You and I)’ from their forthcoming album ‘Mordechai’ set to be released in June 2020. Aside from showcasing the influence African music has had on our world the album shares the spirit and ethos of this playlist of having no prejudice towards any country or style; Khruangbin’s new LP draws influences from Pakistan, Korea and West Africa, as well as “incorporating strains of Indian chanting boxes and Congolese syncopated guitar”.

The Charmels’ low slung R&B ballad, ‘As Long as I’ve got You’, opens with a trilling piano line recognisable instantly to any hip hop fan. Released in 1967 and written by Isaac Hayes and David Porter, this track exemplifies the melancholic Memphis soul sound that was to be a profound influence on RZA’s productions and the sound of Wu Tang Clan. Although he was beaten to it by the obscure rap-rock band Smokin’ Suckaz Wit Logic, whose ‘Gangsta Story’ was released about a week before, it was Wu Tang’s ‘C.R.E.A.M.’ that catapulted this off-kilter piano lick into enduring public consciousness.

‘Mu Africa’ is a heavy, driving bit of Kenyan funk written by Lawrence Nduru and recorded with the Rift Valley Brothers. Not much is known about this group who released around fifteen undated 7” singles around the late 70s, but this track is led by bluesy guitar riffs and vocal hooks, underpinned by propulsive breakbeats and a relentlessly percussive rhythm guitar run through a wah wah pedal.

‘It’s My Turn’ was released on Connecticut rapper Stezo’s first and only LP, ‘Crazy Noise’ and as the B-Side to his single, ‘To The Max’. Featuring some unsettling string stabs, massive swinging drum breaks and a sliding bassline that drips with funk, this is a timelessly  enduring piece of late 80s hip hop.

Southern jazz pianist Mary Lou Williams learned piano as a young child in the 1910s, sitting on musicians’ laps to reach the keys, a musical upbringing she received growing up in a ‘shotgun shack’, a local music venue. She began her career playing for tips at gambling joints after moving with her family to Pittsburgh. With a career lasting until the late 70s she saw and participated in many of the twists and turns and shifts in direction jazz took over the 20th century. ‘A Grand Night For Swinging’ was recorded in New York and released in 1964 on her own label, Mary Records, in conjunction with Moses Asch with Marian Distler’s legendary Folkways Records.

Colombian sisters Elia y Elizabeth grew up in a musical family, grandchildren to the renowned Spanish tenor Miguel Fleta. Their work with Bogota bohemian and jazz musician Jimmy Salcedo in the early 70s led to two successful LPs and burgeoning acclaim in their home country, but their music slipped into relative obscurity after Elia’s decision to leave touring, to focus on university studies in music teaching.

Once again a special thanks goes out to labels such as Light In The Attic, Numero Uno and Luv N’ Haight, NowAgain, Analog Africa, Music From Memory, Far Out Recordings, Strut, Mr Bongo and Soundway, who continue to unearth some amazing music that may have otherwise never seen the light of day.

I hope you enjoy the journey.