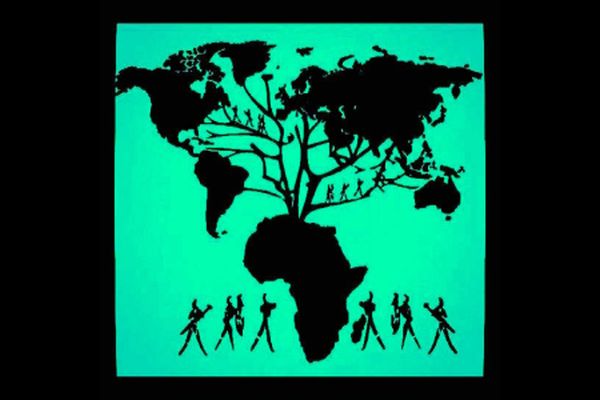 "Roots Volume XII should create a sense of discovery and surprise. A real concoction and melting pot of music from many eras and genres from Zamrock, rock, dream pop, hip-hop, boogaloo, soul, jazz, bossa, psychedelia, afrobeat, reggae - so hopefully there is something for everyone.

There are so many stories behind each track that they almost all deserve something more in-depth, but in this digital age of low attention spans I’ve honed in on half a dozen or so.

Some of the playlist goes back to the '50s, is inspired by the '30s then there’s a dose of recent upfront sounds spanning across the continents and joining the dots between Japan, Zambia, Togo, Israel, Brazil, US, UK, France and more...

We start off with a belter from the '50s. Sandy Nelson - ‘Big Noise From Winnetka’ was originally a B-side on the single ‘The Drum Party’. The track is a cover originally written by Bob Haggart and Ray Bauduc in 1938 - it’s also worth checking that out for sure! The drums in both pieces are ripe for sampling - in fact Jurassic 5 have done this to great effect on the track ‘Swing Set’.

Continuing an uptempo tip we go into the funky and danceable '70s-inspired ‘Anniversaries’ by Vaudou Game which oozes the funk of James Brown.

Chiemi Eri - unknown to the rest of the world but a popular singer and actress in Japan - acted in more than 50 films, as well as many theatre plays. She definitely made huge impact in the cultural aesthetic of post-war Japan. Her track ‘Okosa-Bushi’ is a concoction of traditional Japanese Min'yō music, swing and mambo.

As the journey continues we arrive in Zambia in the '70s. ‘History of Man’, reissued on label Now Again, is a Zamrock lo-fi, fuzzed-out Stooges and Velvet Underground-inspired rock track. This dovetails in nicely into ‘Grand Funk Railroad’ - a hard rock band heavily influenced by Motown and R&B which is what gives their music such an infectious groove. The track ‘Got This On The Move’ should be considered alongside the best of Led Zeppelin or Black Sabbath's music.

Staying with hard-edged drums we arrive in 2018 with Dana Murray and his piece ‘The System’. I don’t know how, but this track still has under 1000 views on Spotify! Nonetheless the track challenges institutionalised racism and sexism.

With jazz flourishing in 2019, it only makes sense to highlight Theon Cross an extraordinary and highly talented tuba player. The energy in the track ‘Activate’ is pure fire!

Taking things down a level is a piece by up-and-coming hip-hop artist Deem Spencer - this guy is one to watch over the next few years.

Sir Was ‘In The Midst’ follows with an atmospheric genre fusion of indie rock and hip-hop vocals, that has somehow slipped off the radar.

The atmospheric tones continue with a 2019 release from French singer Munya. A classically trained pianist and student of Jazz, she delivers a delightful psychedelic dream-pop song entitled ‘Benjamin’.

I’ve included a previously unreleased demo recording of Prince’s ‘17 Days’. It was recorded in one take with just a microphone and piano. The track was eventually re-recorded and ended up as a funk tune, but it's nice to hear the original idea in a stripped-back form.

Key And Cleary ‎– ‘I’m A Man’ - another rare piece that has just been reissued on the label Now Again (I promise I haven’t received any brown envelope). It’s a lo-fi unique soulful piece with a drum machine and bluesy guitar. The track is lifted off the ‘Love Is The Way’ compilation which features rare 7" singles and previously unreleased tracks. This album features recordings spanning from 1970 until the mid 1980s.

There are so many more to mention, but I will let the music do the talking in this seemingly endless journey of timeless music that has gone under the radar of the many!"