Adelphoi Music's Jonathan Watts takes us on an eclectic journey of old and new, overlooked and perhaps lesser known tracks that have musical roots in Africa 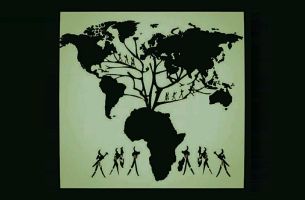 When making a playlist, it’s always tempting to go more obscure as there is so much great music that never gets a proper airing. The size of Spotify’s library certainly forces the issue to a degree.

This playlist does feature artists that are well known, such as The Clash, but here we showcase an unexpected Hip Hop track they collaborated on with Futura 2000 in 1982.

Another surprise is Karen Dalton’s Same Old Man, AKA "folk music's answer to Billie Holiday," which has a bluesy undertone to the track, produced by Harvey Brooks who played bass on Bob Dylan’s Highway 61 Revisited and Miles Davis’ Bitches Brew.

Part of the aim of these playlists is to also highlight black music’s contribution to the medium, and a great example is Cola Bottle Baby sampled by Daft Punk on Harder, Faster, Stronger.

A new tune not to miss a Trap-n-B style track from Kintaro, former keyboardist of The Internet and brother of Thundercat.