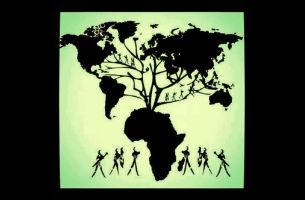 Adelphoi Music's very own Jonathan Watts is back with his famous Roots series and how time has flown - we've reached #5! This edition is a journey from the unfamiliar, forgotten, or recently discovered, to the most upfront sounds of now, all with the common theme of being rooted in Africa.

The playlist is curated so that it can be listened to from beginning to end, with genres spanning across Funk & Soul, Boogie, Afro-Beat, Jazz, Electro, and Footwork.

Jonathan Watts comments: "While Roots Vol 5 is not as obscure as its predecessors - as it features artists many will be familiar with such as James Brown and DJ Shadow. But in this instance, we delve deeper into James Brown’s catalogue picking out an overlooked gem and showcasing an upfront Footwork remix of a well known DJ Shadow track.

"Some other interesting highlights come from Saada Bonaire, a female duo, straight off the catwalk in 1982 who were pulled in to record in Kraftwerk's studio in Cologne. Their recordings have being laying dormant for over 30 years until now! The track “You Could Be More As You Are", lifted from their self-titled LP is an interesting blend of Electronica, Funk and Turkish folk! Stay tuned! And towards the end of the journey is a masterpiece from Jean-Luc Ponty, originally recorded in 1983.

"So sit back relax and let the music do the talking."