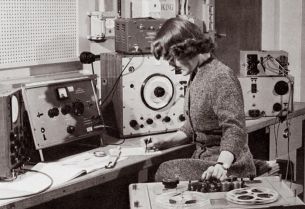 I’ve always loved the magical point that sits in-between everyday sounds and musical notes. When Tom Waits plays percussion on a human skeleton or Robert Armani re-creates a wonky ambulance siren with a synthesizer, you blend two disciplines: descriptive realness and musical emotion. Here are some of my favourite tracks that combine the meaning of everyday sounds with the emotion of music. And see below the playlist for my thoughts on each track.

Sound Designer, Composer and Founding Partner at String and Tins.

This guy is the godfather of what he coined 'noise-music'. Decades before Kraftwerk and Aphex Twin were even born, Luigi was building big mechanical machines that generated such scary grinding sounds, his audiences would riot.

No riots this time but plenty of letters of complaint. Delia Derbyshire arranged Ron Grainers’ sci-fi classic using a test tone oscillator for the main melody, reversed white noise bursts for the percussion and string plucks, individually cut out and sellotaped back together to form a tape loop bass line.

Taking their name from Luigi Russolo’s manifesto, Art of Noise channelled their classical and engineering backgrounds through new studio equipment, which allowed them to “sample” car engines, dustbin lids and table tennis matches and re-purpose them as musical instruments.

Nintendo sound designer Koji Kondo was limited to 4 x monophonic voices when composing for the NES games console, including drums! Listen carefully: there’s only ever four sounds (three notes and one noise/drum hit) playing at once.

Chicago house music veteran Robert Armani bangs out an ambulance siren for three and a half minutes.

I don’t know if the percussion in this is actually a human skeleton but it certainly sounds like it and Tom Waits would be the guy to do it.

Acid-house as a genre is based on the pretext that the notes rarely get to where they should. If you’re not hitting the actual notes then it’s more of a squelchy drone than tune, as this Dutch classic demonstrates. Hypnotic and dark.

A variety of Japanese microphone tests form a rhythm and gradually find their groove.

There are plenty of dance tracks that feature a signature 'real sound' but this is particularly good example. The real chainsaw starts the rhythm and the synthesised chainsaw then takes over.

One of the standout tracks from his ISAM album, Amon Tobin is a master of grinding down sounds into tiny fragments and reforming them as new textures.

Gravity on the big screen with an Atmos mix is an otherworldly experience, but the constant visual roller coasters of debris storm vs. tranquil space, would have no shape without Stephen Price’s noise ramps.

A prepared piano has everyday objects placed directly onto its strings. Bits of foil, clamps and other objects add unexpected rattles, dampen notes and add randomness to Hauschka’s compositions.

Matthew Herbert is a veteran of found sounds but he really outdoes himself with this one hour long recording of someone just er... sleeping.  Strangely listenable when left on in the background, apart from the text message at 14:12, it gradually morphs into a mist-like drone.

Often cited as the most important piece of music of the 20th Century, this ballet score, about a sacrificial girl who dances herself to death, caused a riot at its Paris premiere. I’ve put this last because it’s only an excerpt and not easy listening. Fast, dissonant and scary, the orchestra doesn’t so much play their instruments, as attack them. 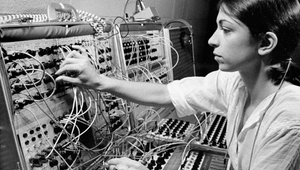 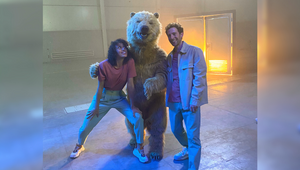 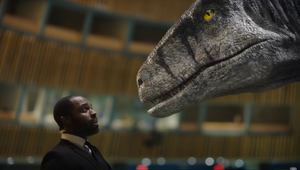