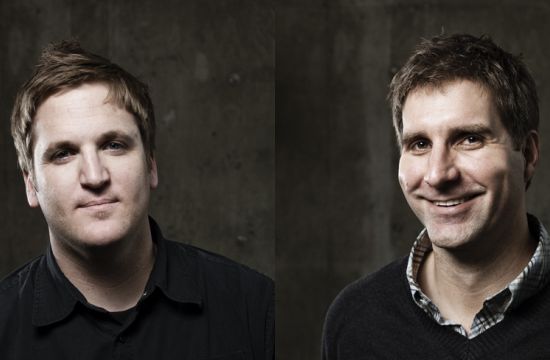 Any conversation which results in multi-coloured Venn diagrams dancing across your mind has got to be a good conversation. And after sitting down to talk with Struck CEO Dan Conner and Creative Director Matt Anderson, the residing impression is one of overlapping, colourful circles. And that’s a pretty creative place to be.

The agency, which was founded in 2006, has picked up a couple of design and advertising studios along the way (W in 2007 and Axiom Design Collaborative in 2009). It now sits in a sweet spot between advertising strategy, design and digital. And it turns out that isn’t the only area in which Struck brings together the best of different worlds; with offices in Salt Lake City, Portland, Los Angeles and New York the agency has also morphed into a Town Mouse/Country Mouse hybrid. City-slicker accessibility meets the creative flow of the great outdoors.

Dan Conner explains the journey that the agency has been on to get to this point. “Struck is actually the combination of three agencies coming together to create the next generation agency model. Through one event or another we have combined our efforts to create Struck, which is a digital-forward creative agency. What we really mean by that is that the line between traditional and digital are blurring. Digital is affecting everything in the marketing space. In order to compete and provide a compelling case you need to provide that for your client, not only from a strategic standpoint but from a technology and development standpoint. We’re book-ending the entire creative process.”

It’s an approach that seems to be working wonders – last year Struck was listed in Forbes’ ‘Top 100 Global Ad Agencies That Know Social Media and Google’. 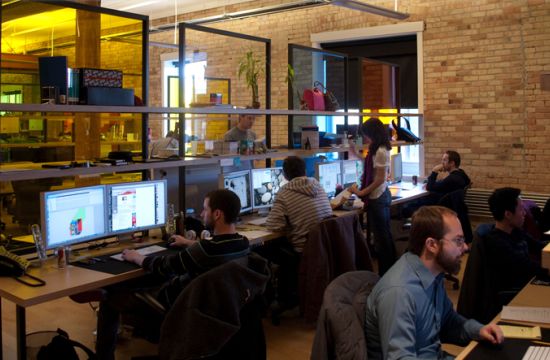 Struck’s quest to re-imagine the agency structure and the space it occupies comes at a time when the role of marketing within companies is also changing. As far as Dan can see, it’s perfect timing.

“It’s always seemed that marketing decisions were always in a silo, separate to the rest of an organisation. It’s been a case of ‘we need to have a marketing plan because we need to raise revenue and sell our product’. But as these worlds collide marketing decisions are now becoming major operational business decisions, they’re being discussed at a board room level. It’s not just about using a channel to shove a message down someone’s throat, it’s about looking at marketing as a way to expand your operational footprint. And frankly the best companies are looking at these new channels and technologies as a way of not only expanding their operational footprint but  to completely evolve their business model entirely.”

As far as Matt can see, that means a change from making up a story to tell about a brand to finding the story at the heart of the brand. “I think one of the things we’re seeing more and more with brands is that they’re trying to express the truth of themselves to their audience in a way that makes sense rather than very carefully crafting a message and pushing it out to as many people as possible. It’s about how many people can they find that agree with them and believe in the same things and how can they go on this journey together. I think that’s a more interesting place for marketing to be.”

And that journey has taken a turn for the literal in their on-going relationship with the Utah Office of Tourism. According to the agency’s own research, the partnership has resulted in one of the most successful tourist campaigns in terms of return on investment – and this year’s outing builds on that with an ambition to match the state’s expansive landscape.

The ‘Mighty Five’ highlights the fact that Utah is home to five of America’s national parks and the aim is to turn these parks into a ‘things to do before you die’ destination. To achieve this the team created an integrated campaign and also built tools for visitors to discover the parks and create their own personal milestones.

“If we’re successful, what we’ll do with Mighty 5 – and this is where I think we’re onto something – is create something so much bigger than a great integrated campaign,” enthuses Dan. “I think we’re able to make it comparable to Inca Trail or Stonehenge, these things that you have to see before you die. So far it’s going really well.”

But the Utah project is more than just a chance to showcase the agency’s skills and ambition. With eight ski resorts within half an hour’s drive of the agency’s Salt Lake City office and the Portland office’s easy access to the sea and mountains, Struck unsurprisingly attracts talent with an appreciation of nature. In Salt Lake City, it’s not uncommon for people to go skiing first thing in the morning before work.

“I think it says something too that some of the bigger agencies have started opening up offices in Boulder, Colorado or Austin, Texas. These places aren’t tiny little towns but they’re certainly not big metropolises. Having that work-life balance and having access to the countryside is great,” muses Matt. “There is something about these kinds of places that mean you get a different kind of person than you’d get in New York, Chicago or London.”

All of which means that the Struck people and culture are a little different from the norm. But according to Matt, there’s been a continuing drive to look beyond the usual adland square dance to find talent with a new set of skills and expertise.

“Probably one of the most interesting things over the past couple of years has been how flexible and open we’ve had to be in, not just where we find talent, but how we retain that talent,” he explains. “It used to be that you would get people straight out of school or from another agency or that circle of people moving around from agency to agency. Now we’re hiring people from software development agencies. We’re hiring people who may have a filmmaking background. They may have worked for a television network. We’re hiring people from really far outside of the agency circle. Because of what we’re trying to do we need to look in different places to find people who are capable of that. It certainly presents unique challenges for us in terms of housing all of these skills. In some places we do have to look for strategic partners who can help us with a very specific niche that we might not want to have in house.”

And that adaptability has meant that Struck have not been afraid to get stuck into emerging platforms and new technologies. One of their most recent projects for Jack in the Box involved a series of Vine videos.

John Gross, an account director and strategist for Struck's Portland office worked on the project and has found that just because a new medium might seem quick or cheaper, they still need to be taken serious. “Vine is interesting in that you have to be just as buttoned up for production and takes as you do with normal production. In fact, even more so because it publishes automatically and you have to be sure everything is perfect. There is no room for edits. The nice thing Vine affords you is the ability to keep production value low and still fit within the medium. However, we have discovered that it can be just as intense of a day shooting 20 Vine videos as if you were shooting a 30-second spot.” 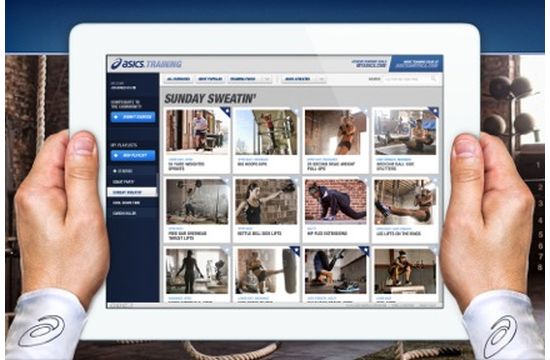 The team has also recently completed its own new digital platform for client ASICS – a training tool that borrows from the principles of Spotify and Rdio to allow people to remix their workouts. “ASICS wanted to be more relevant in the digital space and they came to us to provide them with some ground-breaking solutions. For us, the insight was the music industry and seeing how platforms like Spotify and Rdio have evolved, to bring music exploration and usage in relevant ways to different screens,” explains John.

The spirit of experimentation in the work that Struck produces is a result of a management style that both Matt and Dan describe as being respectful of the talent that they have.

“When it comes to nurturing talent, we’re big on personal responsibility,” explains Matt. “We’re pretty much a hands-off agency – people are free to tackle problems however they want to as long as they’re providing results for our clients. To me that’s probably the biggest way to encourage creativity is to give them the freedom to breathe and dig around. I think a lot of agencies talk about this but I think it’s important to give people the freedom to fail every now and then.”