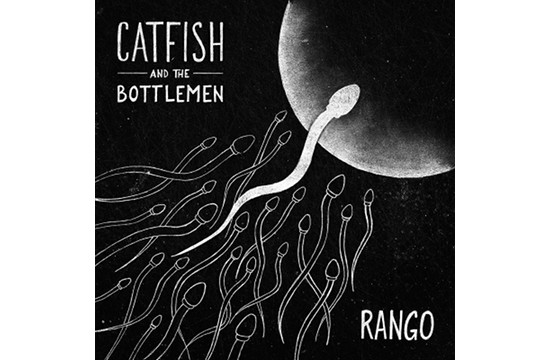 Directed by the talented Pedro Chaves, the video depicts the life in downtown 'Spermingham', with some fascinating, with a heartwarming, funny story following his race to the egg. The single is out on 16 September on Communion Music.

Pedro talks about the video-making process:The idea for the video animation came the moment I saw the cover of the album, which was a sperm flying towards, well, you know.

Pedro continues: I also understood that they were looking for something funny. And suddenly there was a sperm named Rango, trained by Karate Kid's Master Miyagi, fighting with lightsabers and kicking butt.

With Helen from Communion we decided to go with a more hand-drawn style than a clean animation. I then started making the animation frame by frame. I drew every frame at 12fps, duplicated them to have 24fps and there we go.

The video is packed with "Easter eggs". Sneaking those in, made making the video even more fun for me. For example during the scene where Rango is running, he will cross paths with Rocky. Well, the sperm version of Rocky. You can also find an interpretation of the wax-off, wax-on scene from Karate Kid and much more.

The band recently signed to Communion Music, after a busy 18 months, during which they played 100 shows in the UK and beyond. They have just enjoyed a summer of festival action, including dates at Reading&Leeds, Wakestock, Latitude and Rock for People in The Czech Republic.

The video premièred yesterday on XFM's brand new site, following the fast-rising band's brilliant sets on the BBC Introducing Stage at Reading and Leeds Festival- you can watch some of that performance here.