Racing Post: Why Trust and Daring Are Worth Betting On

Trends and Insight 381 Add to collection 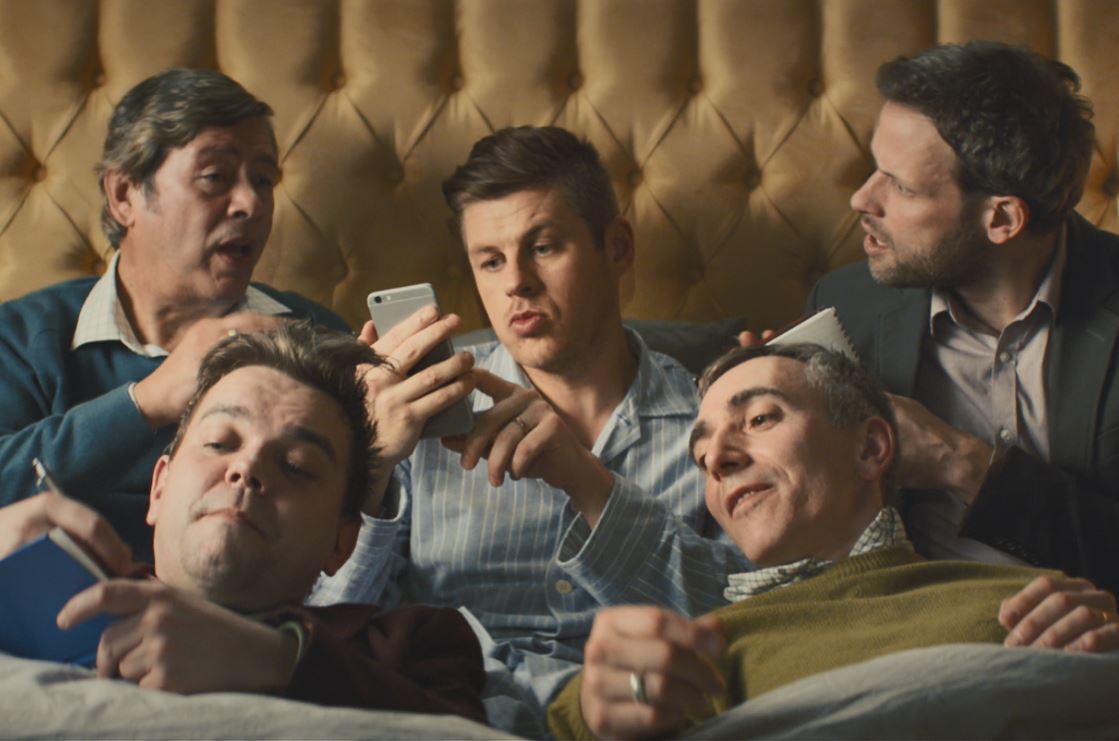 Since combining forces for their first Racing Post campaign seven years ago, Sell! Sell!, Yellow Boat Music, and Gas&Electric have maintained a unique, longstanding partnership that has gone from strength to strength. Now, with a wealth of collaborative projects behind them, the team discuss why trust and daring is the winning combination for great creative.

Sell! Sell!’s Vic Polkinghorne and Andy Palmer, Yellow Boat’s Paul Cartledge and Philip Jewson, and Gas&Electric’s Tom King take us through their most ambitious project yet – a testament to what can be achieved when client, agency, production company, and music are willing to be bold. The team reveals how they managed to squeeze 40 odd people (plus a horse and cat!) into one space for the latest campaign, and how eagle-eyed viewers will be able to spot the Racing Post experts amongst the extras.

LBB> How did the concept of this new campaign come about?

Vic Polkinghorne> Racing Post wanted to assert their credentials as the authority on horseracing and betting on horseracing. We wanted to get across that Racing Post has more information than anyone else in the world of racing and betting. With more experts than anyone else giving you the inside track on the app, we took it one step further and actually put them in the same space.

Andy Palmer> We chose everyday situations that feel credible but are also a canvas to go a bit bonkers. We had a lot of fun seeing how many blokes we could cram into the bed! It was important to do something that stood apart from the shout-y noise of other bookmaker advertising. It felt like we had our own space and something that was unique that rang true to Racing Post.

LBB> This campaign marks quite a departure from Racing Post’s previous campaigns. What prompted this change in direction?

AP> While previous executions focused just on promoting the app, this time Racing Post wanted a broader brand campaign that could support all their products and help establish their credentials as the authority in racing. The line, ‘more than 200 experts’ and the new slogan can work across any of their products. The music was also conceived with the idea that it’ll run across everything so the Yellow Boat guys had to be quite smart about how they could tailor it to each individual execution. We wanted something memorable so when anyone ever hears that music they’ll recognise that it’s a Racing Post commercial.

LBB> The adverts were achieved entirely in-camera and involved a 40-plus-strong cast - not to mention a cat and horse! How did you manage to pull off such a logistically-challenging shoot?

AP> Someone we spoke to thought it was CGI; they couldn’t believe it! In the hands of some other production companies it might have taken a bit longer but Tom has an acute and unyielding attention to detail. He found the location fairly quickly, allowing us to get the ball rolling quite early on.

Tom King> As director, my job was to try and make visual sense of the madness of the scripts and retain my own sanity at the same time. We had a very tight shooting schedule to fit three 30-second scripts in just two days. As I wanted to shoot everything in camera, this created a huge challenge for the production team at Gas&Electric.

I didn't want to resort to a homogenous, sterile set build so one of the biggest challenges was to find a real location that had the open plan space we were looking for, and of course which was willing to let us bring a horse into their kitchen. I’ve worked with animals before but I’ve not worked with a horse and a cat in the same day. A memorable moment was seeing a cast of 40-plus panic as the fire alarm went off above the horse’s head. The horse stood perfectly still, of course. Funnily enough, the cat was the biggest headache of the day.

I also knew that we had to shoot on anamorphic lenses to really get the impact of the wide shots and use the geography of the spaces to full effect. Luckily, Ray Coates [DOP] agreed and lit them all beautifully. We also had huge help to choreograph the chaos from a very patient first AD Kerry Green (not often credited enough).

LBB> What influenced the decision to create such a music-led advert?

VP> We wanted to make it clear that this was something to enjoy but to also capture the mad scenario, and music is a great medium for signposting these basic things. Conveying the right tone was a fine balance. The music also had to blend with the sound design of some of the more domestic touches such as the hum of people talking or the cat running across the table.

Philip Jewson> Vic and Andy wanted something that felt comedic and enjoyable without being silly or slapstick because at the end of the day, the adverts are still about experts. We tried a few different things and the guys picked out a small segment from one of our demos that they liked the sound of. Using that as inspiration, we built the layers up and the result is quite a distinctive piece.

TK> The music was always a key part of these scripts so we knew we needed something striking and interesting but not overwhelming - to accent the oddity of the films. I think the beauty of the comedy is in the subtle expressions of the lead characters. The music works beautifully to accent the reactions of the lead women and bus conductor helping the viewer buy into the absurdity of each situation.

Paul Cartledge> The soundtrack had to accentuate and build up the tension of the scenes, so we designed them to work very closely with the visuals. Andy, Vic, and Tom have done such a great job with the comedic details, so we added little musical flourishes to emphasise the humour of these moments, such as the snare drum when the conductor shrugs and walks away.

AP> We felt that the tapping beat fit particularly well with the action and communicated the manic nature of the world of Racing Post juxtaposed against the domestic setting. Yellow Boat had the hardest job because the visuals were already there and the music was the last piece of the jigsaw. That’s why we like working with these fellas: we know they’ll experiment and come up with something that’s unusual and fits the brief.

AP> They’ve been great and very bold in championing the creative work that they do. Their standards are as high as ours when it comes to wanting to make something that really cuts through and stands out in the market.

VP> They’re a client that wants to do their own thing in the category and we really rate that. There are loads of brands out there that seem to only want to do chest-beating in their ads, so it’s good to work with people who understand that, ultimately, it’s what it means to the customer and working out how to talk about what you do, in the context of what it means to the person on the street.

AP> Racing Post really embraced that the communication needs to be entertaining, not just informative. From a positioning of expertise and authority in racing, it could have potentially led down quite a dry exposition, but they recognised that it’s important to entertain people and capture their imaginations, which is something we feel strongly about.

VP> One of the things about doing advertising for this category is that there’s a lot of enthusiasts who watch the racing regularly so the adverts had to work for repeat viewings. They were deliberately filmed to have depth so there are new things to spot on each viewing. We wanted to avoid them being annoying because there are so many ads that you can only put up with once.

LBB> The ads include some Easter eggs for eagle-eyed horseracing fans – what can they expect to find?

AP> The Racing Post staff have cameos in each of the commercials: Lee Mottershead, who’s one of the lead journalists, Paul Kealey, one of their tipsters, and James Pyman. They all mucked in so you wouldn’t be able to tell them apart from the extras. It adds another layer of credibility and hopefully it’s something the Racing Post guys can be proud of.

VP> The client was brilliant at getting them all on board and involved. They’re some of the top people in horseracing so for them to take a day out to do the shoot was brilliant.

AP> Not only that, but for them to hang around and stay in that wardrobe while we did take after take and be driven around on the top deck of the bus swaying side to side... They’re all good sports and really professional too.

LBB> How far back does your relationship go?

TK> We’ve all been working on the Racing Post account since 2010. It’s been a long, good relationship, which is rare and very special. It’s great fun to work with clients that have a broad thinking and step away from the usual ads, as it gives you more creative freedom as a director. I believe this is the best work we’ve done together so far.

AP> We tried to work with other people but we just keep coming back [Laughter].

VP> We first worked with Paul and Phil over ten years ago on a fun job for Ann Summers, and we returned to them to work on our first big TV campaign as Sell! Sell! for the Industry Trust 'Knock-off Nigel' commercials.

PC> The great thing about the relationship is that it gives us the scope to push creative boundaries. Musically, with this campaign, we really explored some extremes because we knew that the trust was there and everyone was fully on board and aiming for the same high-quality result. With many clients, you wouldn’t actually submit those versions but sometimes there’s something in them that you can pick on and develop and that really helps the whole process.

PJ> We can really go to town and experiment without the risk of scaring them off. As a result, we’re free to explore avenues that are more daring and hopefully end up producing some quite unique work.

VP> From our point of view, it’s more of a positive, useful process than just briefing people and getting them to come up with a stab at it like a demo.

AP> What we get with these fellas is something a little bit leftfield, which is perfect for us because we’re also trying to do something a little bit unusual at Sell! Sell! and play with the medium, so that’s a great relationship. Paul and Phil are always respectful of the fact that it’s a commercial project that they’re bringing their musical talent to. It’s always the case with these guys that they create something that enhances the visuals and blends in with it, rather than being indulgent and distracting.

AP> These films will run throughout this year, but we'd love to make some more! Cheltenham is coming up in March so we’re working with the talented illustrator, Steve Scott (of Jelly London), to bring the campaign to life in print and digital. 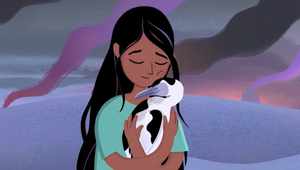 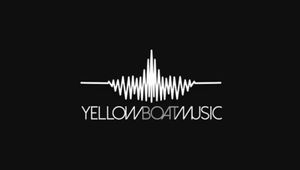 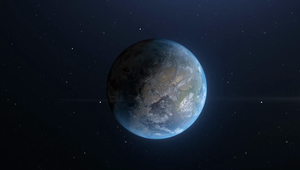