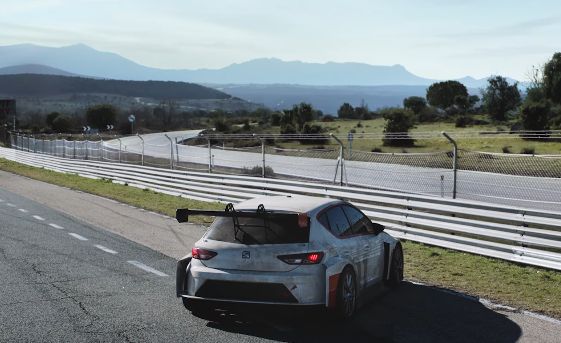 Droga5 London's first work for SEAT builds a powerful connection between the brand and the audience through the simple story of a race car, confined to the track.

The race car may be the pinnacle of automotive engineering and technology, but it is condemned to drive around the same monotonous loop, day after day, in all weathers, and then spend every night locked up in a garage.

In contrast, the new SEAT Leon CUPRA 300HP – which shares 60% of the technology and parts as its race car brother – is free to enjoy the exhilaration of the open road.

Noam Murro’s direction brings out the stories of the two cars. The lonely race car stops every now and then to look beyond the race track barrier, from where it witnesses the thrilling liberation of the SEAT Leon CUPRA speeding through the countryside.

Susanne Franz, Global Marketing Director Marketing Communication at SEAT, S.A., said, “The new SEAT Leon CUPRA 300HP is the fastest and most powerful street car that SEAT has ever produced. To underscore this moment, we wanted to make a bold statement about the fact that 60% of this car’s design and performance DNA is shared with our award-winning Cup Racer. ‘A race car set free’ sets an exciting new tone for CUPRA and, alongside our sponsorship of this year’s Superbike World Championship and Ducati MotoGP team, begins to establish its pedigree as a mark of high performance.”

Droga5 won a place on the SEAT roster in November as part of a move by the Spanish carmaker – part of the VW Group – to strengthen the brand and boost sales through the creation of more challenging creative work.

The ad will run in Europe and Mexico in cinemas, online and at motor shows. David Kolbusz was the chief creative officer on the project, which was art directed by Charlene Chandresan and Frazer Price, and written by Dan Morris and Teddy Souter. The executive creative directors are Rick Dodds and Steve Howell.

Dustin O’Halloran, who was Oscar-nominated for his original score on the film “Lion,” composed and arranged a bespoke soundtrack for the film.

Rick Dodds, Executive Creative Director, said: "For a film virtually completely devoid of humans, it's packed full of humanity. The emotional connection you make with this metallic beast of a car, is testament to the endless skills of Noam (director), Jan (DOP), Bill (editor) and Dustin (composer). Through timeless storytelling, composition and orchestration they give SEAT's award winning race car feelings, a sense of longing and a dream of freedom. And yet never cross the line and turn it into Herbie."

David Kolbusz, Chief Creative Officer, said: "Long has the loneliness of the open road been the affliction of many a journeyman. Spare a thought, however, for the car in which he drives. The endless asphalt and concrete is its reason for being. The horizon line, its salvation."