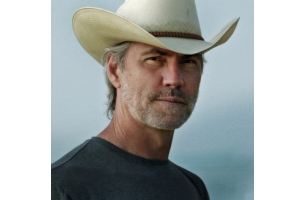 Bicoastal production company Rabbit has signed Emmy Award-winning director Ray Dillman for U.S. commercial representation. For over two decades Dillman has been known as an actor’s director with a distinct dramatic style, as seen in his work for such top brands as the U.S. Army, Kraft, Allstate, Bank of America, Sargento, Coca Cola, AARP, American Airlines and The Home Depot. He fuses his background as a creative director, his screenwriting experience and his design expertise to bring a collaborative and uniquely full spectrum approach to directing for brands.

Notes Rabbit Executive Producer Joby Barnhart, “Ray’s experience working on the agency side and deep understanding of every part of the creative process really brings a superior level of communication on set that allows for dynamic collaboration,” notes Rabbit Executive Producer Joby Barnhart. “He has an impressive body of work we’re thrilled to bring such a veteran talent on board.”

Adds Dillman, “After meeting with Joby Barnhart and Douglas Howell, I could immediately tell that it would be a good fit for me at Rabbit. I really like the broad range of work that they take on as a company and with my background as a creative director, I really like that they are going after a lot of brand direct work.”

After studying Design/Illustration at the revered Ringling School of Art and Design, Dillman started his career on the agency side, working as a creative director at top global agencies including Leo Burnett. In 1991, he transferred his in-depth knowledge of the creative commercial process and his polished design aesthetic to shift into working as a director. Starting off at boutique shop Electric Avenue Films, he quickly built a strong reel encompassing dialogue-driven storytelling pieces that have earned noteworthy acclaim, including an Emmy Award for his Snap.com “New Friend” spot. He has been represented by a number of top production shops, including MJZ, Gartner and Avion Films. In addition to his commercial work, he is currently in development on several feature projects, including a full-length feature film for his original screenplay “Unmanned Warfare” originally setup with Spielberg’s longtime collaborators The Kennedy/Marshall Company and now in talks with Amazon Films.