The Sustainability Channel 339 Add to collection 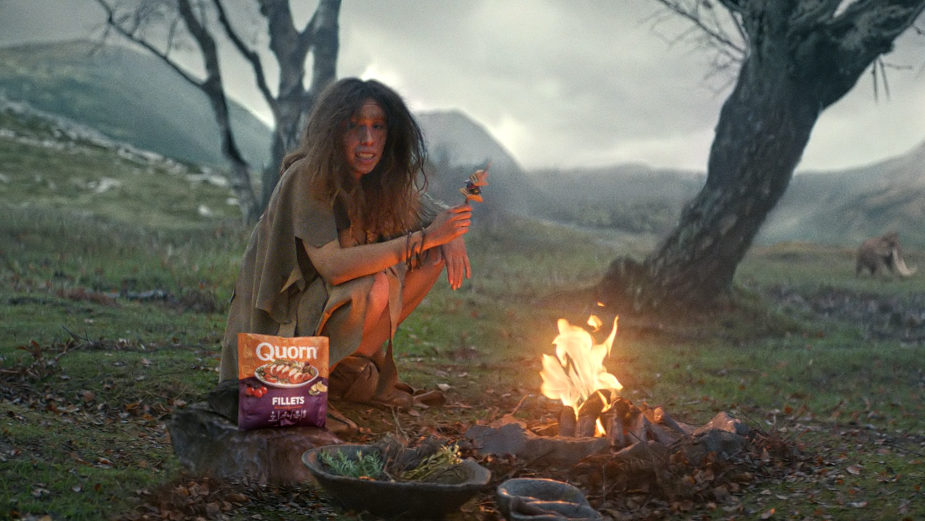 At this pivotal moment for our planet, Quorn is launching a new global communications strategy in response to a growing desire to adopt more flexitarian and eco-conscious diets.

The strategy encourages consumers to lower their carbon footprint by reducing their meat intake through simply switching from a meat product to the tasty, healthy Quorn alternative. Quorn’s ultimate goal is to be a net positive business by 2030 and, in that year, serve 8 billion meals – that’ll be the equivalent of one for every person on the planet.

With its energetic tone of activism the  ‘Helping the Planet One Bite At a Time’ campaign will launch with a major above the line push, in which the brand playfully challenges us to reconsider some of the assumptions and tropes associated with meat consumption. Talking directly to meat eaters the brand hopes to shift entrenched behaviours, having a little fun along the way.

Timed to launch during the ever-popular ‘Veganuary’, the campaign comprises TV, social, PR, OOH and VOD, as well as partnerships with household names such as Liverpool FC, and the launch of a new product range, Quorn ‘Makes Amazing.’

The campaign is created in partnership with Initiative for media planning and buying, Ketchum for PR, Zeal for shopper and key visual roll out, and Anything for website design. The UK launch will be followed by a global rollout of the campaign later this Spring.

Gill Riley, marketing director at Quorn, said: “Making it easy, tasty and healthy for everyone to reduce their meat consumption has never been so important. That’s why we’re encouraging everyone to join us in our mission to Help the Planet, One Bite at a Time. For those that need a little bit of inspiration, we have hundreds of tasty meat-free meal ideas on our website.”

Miranda Hipwell, director of client excellence at adam&eveDDB, said: “With our brilliant partners at Quorn we believe this new strategy will inspire small but positive changes that combine to make a significant impact on the health and happiness of customers and our planet - one Quorn taco at a time.”