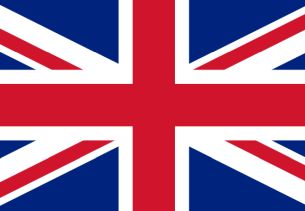 Possible advantages of Brexit listed by respondents included a lower exchange rate, better trading outside the EU and fewer EU regulations. However 22% of companies surveyed have already lost business or contracts as a result of the vote to leave the EU.

The figures are part of a wider survey on Brexit’s impact, which will be discussed at LEAD 2017 – advertising’s leadership summit, which will feature a keynote address by Secretary of State for Culture, Media and Sport Karen Bradley MP.

Bradley is expected to outline her Department’s needs from industry as Government prepares to negotiate a departure from the EU. She will speak before BBC Newsnight’s Evan Davis hosts a panel on Brexit, featuring Daily Mail commentator Isabel Oakeshott, Deborah Mattinson of Britain Thinks and Marco Tinelli of FullSIX Group.

Stephen Woodford, CEO of the Advertising Association, commented: “Europe is a big part of UK advertising’s global success, so it is incredibly important and positive that Karen has agreed to join us at LEAD, and continue our conversation with Government about the risks and opportunities of Brexit.”

Karen Bradley was elected Staffordshire Moorlands MP in the 2010 general election and was appointed Secretary of State in July 2016, after two years as Home Office Parliamentary Under-Secretary.

The agenda also includes a discussion on the politics of advertising in the Brexit era, and how the industry positions itself with the Prime Minister’s new administration. It will feature Steve Richards, political journalist, Karen Blackett, Chairwoman of MediaCom, Mark Lund, UK CEO of McCann WorldGroup, consultant and author Paul Feldwick, and CHI & Partners’ Oliver Feldwick.