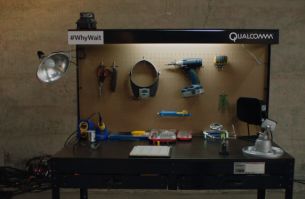 DDB New York and Qualcomm have launched a five-part documentary web series, “Invent-Off,” being produced by Qualcomm and directed by Andrew Fried, best known for his work on 'Chef’s Table' and 'Iconoclasts'.

The series explores invention by showing people how exciting it is to build something meaningful from scratch and push the boundaries of what’s possible. In its second season, the series follows two teams as they attempt to build life-saving technology using Qualcomm products. 'Invent-Off' is part of Qualcomm’s #WhyWait brand campaign created by DDB San Francisco.