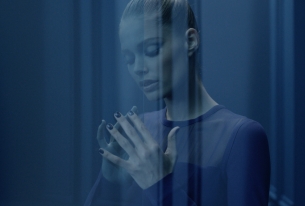 Acting as director and director of photography, Bruno was given free rein to build this sensory journey that seamlessly connects each color and muse's universe with a visual richness that could only come from him.

This 100 percent French collaboration grew out of a meeting between L'Oréal President Cyril Chapuy and Bruno Aveillan organized by the agency McCann. The agency then designed the concept of the film with Bruno in mind, giving him only a moodboard and a list of muses.

"The key to this kind of film is to have a truly artistically ambitious client that does not take itself to be the artist. The talent of [L'Oréal] was to give a director the freedom to practice his art without interference, while working as a team in the end to respect the advertising framework," said McCann TV producer Titem Mouici. "Bruno makes cinematic images, but they are a dream from the first second. You don't wait two hours for an emotion. It's his expertise and there's no one else like him."

As with all Bruno Aveillan's films, production was handled by Quad and its post house Fix Studio, however there is no 3D used in the film. The team spent four days filming nothing but materials with a Phantom.

"Only in France can you spend 4 days shooting only materials with a Phantom with no questions asked other than 'is this beautiful?'," said Mouici. "The results are there."