QR Codes: Why They Never Stood a Chance 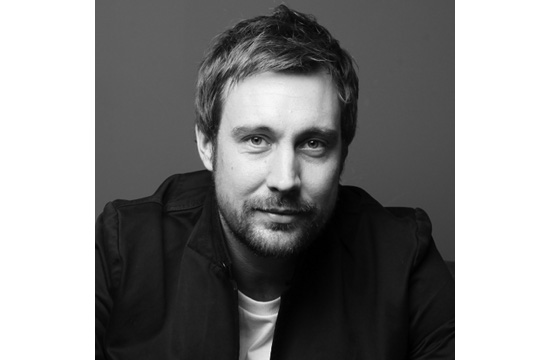 Having broken free from its humble origins as a tool for locating car parts, the Quick Response (QR) code has become a marketing rash, spreading everywhere from the flyers on restaurant tables to the eye level ads above urinals. They even turn up on highway billboards. Yeah, work that one out.

The subject of QR codes comes up a lot in the agency world. When a shiny piece of offline creative is being lovingly crafted, the ‘digital guys’ are often asked whether or not we should include one.

The reason to use them is simple; it’s a quick way to get consumers from the offline world to the mobile world. Perfect. So, why not then?

Let’s start with the biggest stumbling block, a lack of education.

People generally don’t know what they are, or what they’re for. QRs have been peppered all over the place in recent years, but the majority of us have no idea what they are, let alone what to do with them. Only 15 per cent of smartphone users have actually ever scanned a QR code. I wonder how many of those have re-scanned? Or even have a QR app on their phone? I don’t have the stats to support this, but I know the answer is very few.

The next issue, I’m afraid, is ours. By ours, I mean the marketers. Let me explain.

By the time our good friend the consumer has learnt what these odd pixel-ly barcodes are, then gone to the effort of downloading a QR reader, and finally scanned a code, they then – more often than not – end up at a non-friendly website that has little or nothing to do with what they were scanning in the first place.

If this wasn’t frustrating enough, there is the issue of the badly placed QR code. To use a QR code on a tube train (where there is no network), on an escalator (where you’re obviously on the move) or an in-flight magazine, is just plain bonkers.

You can see why we’re losing faith and de-coding. This is a pity. And there have been a few incredibly creative and useful examples. The Guinness QR glass and the Berge Tattoo QR ad spring to mind. 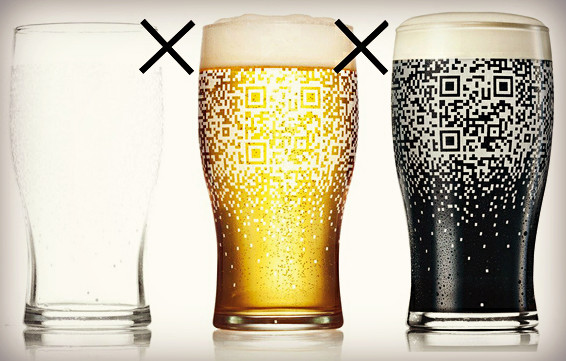 But truth be told, the poor QR code never really stood a chance. From its humble beginnings as a way to track motor parts, it was never intended to be a marketing tool. So, unless Apple, Google and the rest of them load their devices with inbuilt QR readers, the world’s marketers come to their senses, and we all figure out how to use them, I’m afraid the dear old QR code is heading into the sunset. 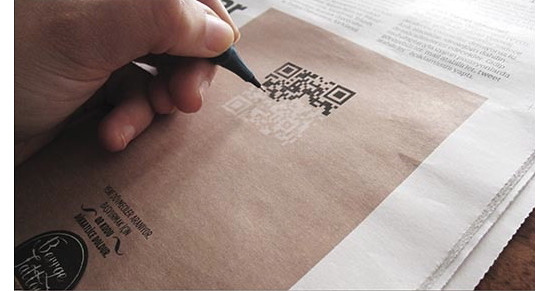