QANTAS Welcomes the Boeing 787-9 Dreamliner with a Jumbla Animation 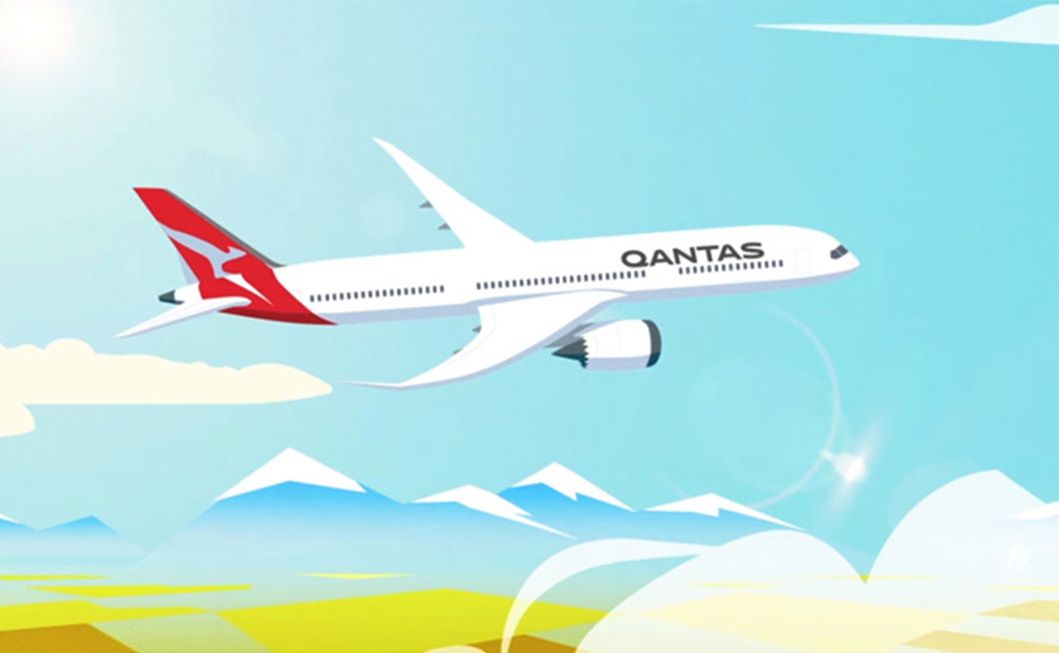 The introduction of the Boeing 787-9 to the QANTAS fleet is a game-changer. Also known as the Dreamliner, its ability to “open up new frontiers and redefine the travel experience” will undoubtedly improve the already high quality of service QANTAS provides its customers.

The new plane enables the retirement of less-economical aircraft and allows thinner routes to become more viable year-round. In fact, for the first time ever, Australia and the UK will be connected via one single flight (Perth to London).

The flying Kangaroo wanted to communicate this message, which they deemed too important to deliver via print, through animation. Their aim was to evoke a sense of anticipation around the opportunities the business was about to unlock. The key was to drive home how this translated into a competitive advantage for QANTAS International.

The video features the QANTAS Boeing 787-9 in its natural habitat – soaring above the clouds through clear blue skies. A seamless transition from the plane’s birds-eye view to a map made up of connected landscapes was utilised to demonstrate how the Dreamliner could make the world seem a lot smaller and more accessible.

In between lifelike imagery of the Dreamliner, its spacious interior, and the airport environment are relevant  statistics and revealing captions, which bring home the message that QANTAS is more competent and capable than ever before. This aspirational, yet informative video manages to stay on point while simultaneously delivering an enjoyable viewing experience.

Jumbla discusses their thought process and the reaction from QANTAS: "Our animators delivered in a style that suited the brand’s identity; professional and sophisticated, yet relaxed. While the final piece is heavy on facts and stats, we still managed to create a video that was engaging to watch, inspired travellers to fly with QANTAS, and underlined the significance of this latest business development."

"The team at QANTAS was pleasantly surprised that we were able to execute on a short deadline and with such a striking level of detail. It’s fair to say the video enabled the news to be delivered to shareholders in a far more unique and interesting manner than would have been possible with a corporate slideshow!"