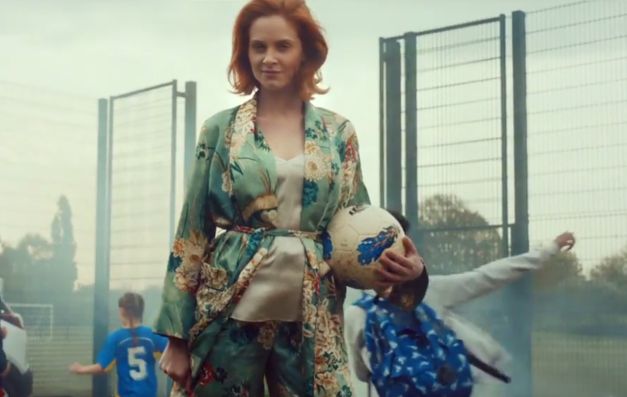 Vauxhall Motors has unleashed their cheekiest campaign to date with ‘Pyjama Mamas’ bringing attitude, confidence and swagger to support the newest member to Vauxhall’s SUV family, the Crossland X.

‘Pyjama Mamas’ is Mother’s first campaign for the Luton-based manufacturer and with renowned fashion photographer Rankin hired to shoot stills, commercial and music video director Jake Nava shooting the TVC and a partnership with Channel 4 alongside Jessica Hynes and Sally Phillips, Pyjama Mamas sets out to shake-up traditional car advertising, celebrating hard working mums who put family first and do so with swagger.  HardNox, the Las Vegas based MC/DJ brothers Dan and Jim Kehoe, provide a speaker busting soundtrack ‘Pajamas All Day’ across the campaign which will have everyone dialling-up the volume.

Simon Oldfield, Marketing Director for Vauxhall Motors said, “Pyjama Mamas is a punchy and upbeat campaign for our newcomer, the Vauxhall Crossland X. Our brief was to bring something very different to our burgeoning SUV offering, which is due to grow still further in 2017 with the launch of the larger Grandland X later in the year. Our optimistic take on life as well as the, ‘Isn’t life brilliant’ brand positioning have been incorporated throughout the campaign.”

The Pyjama Mamas will launch across digital, TV, PR, social, CRM, press, showroom POS and OOH from 30th June 2017. Within the TV campaign, a number of features will be showcased including the 180˚ rear-view camera, “Cause mamas need eyes in the back of their heads” and versatile room for everyone, except ‘Pyjama Haters’.

Katie Mackay, Head of Strategy at Mother added, "In a sea of SUV sameness, it's been a joy to give the Crossland X a platform that befits the swagger and style of the car and its future drivers, while giving Vauxhall a contemporary voice in British culture."

‘Pyjama Mamas’, was created by Mother.  Priced from £16,555 on-the-road, search ‘Crossland X’ for further information or watch the ad here.

Pajamas All Day by Hardnox