Putting PHBP to Work for the Freelance Community 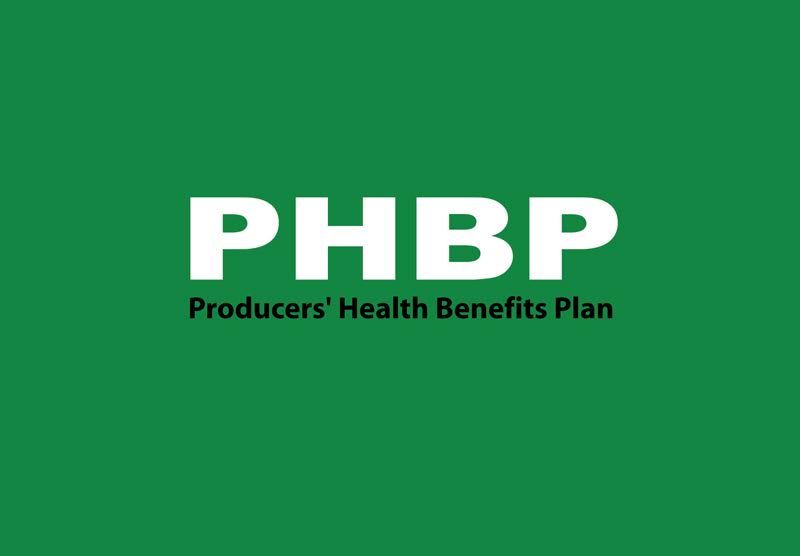 One of the most valuable benefits AICP offers its members is access to PHBP – the Producers' Health Benefits Plan. This comprehensive health care coverage was years in the making, requiring AICP’s leadership to lobby the US government to grant special status to the commercial production industry so that many of its small, independent companies could be considered a single employing entity.

Initially PHBP benefits were available for live action production companies to provide health insurance coverage to their key freelancers in a variety of job categories. PHBP participating companies can also elect to provide those benefits to their full-time staff as well. Last year, however, the program was expanded to include companies that work in the digital realm and those that are involved in post-production. Any AICP general member that’s not signed to the IATSE Commercial Production Agreement can now offer PHBP benefits to freelance employees working in an expanded range of job categories, from VFX Artist to Editor to VFX Supervisor to Stitcher.

This is a major shift for PHBP. The plan’s Executive Director, Susan Kaiser, tells us how the plan is doing now that it’s expanded its coverage.

Susan Kaiser> AICP general members are definitely familiar with PHBP. When a new company joins AICP as a general member, their initial welcome pack includes information about PHBP and we contact them to see if they have any questions about the Plan. Regarding digital employers, we’ve been communicating with AICP’s digital board for well over a year, and they in turn, have been communicating with their digital companies about becoming part of PHBP. Our initial conversations were designed to understand what was involved in bringing value to these companies and their employees under the PHBP umbrella. It required some nuts and bolts regulatory work, but we were able to do it. In doing our research, the digital members became familiar with us and what we were proposing.

So overall the familiarity is there. I think what impacts our ability to gain more traction is that companies think that if they sign a union agreement, they can’t be part of PHBP, and that’s not necessarily the case. If a company is signed to the IATSE Commercial Production Agreement, there are only six categories of freelance employee that PHBP will cover. If they are not signed to IATSE Commercial Production Agreement, there is a wider list of job categories that are eligible. We have a full list on our web site, which is www.phbp.org. 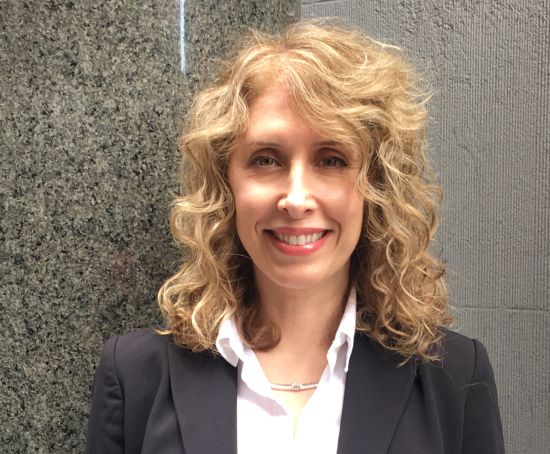 The other key part is understanding what their contribution will entail. Employers contribute eight percent of their freelancers’ gross earnings to PHBP to cover the premium payments to our benefit vendors and to cover the costs of administering the plan. Naturally, this means we attract a certain kind of employer.

Q> How does the eight percent get paid into PHBP, given that freelancers can have sporadic work schedules and varying levels of compensation?

SK> It’s done through the payroll house. They invoice the employer for covered freelancers’ contributions, based on the timecards they received. To be eligible, freelancers must meet certain thresholds: $30K annually in earnings or 100 days of employment. So it’s important for freelancers who are covered by PHBP that they make their numbers. That’s why many actively seek out working for companies that offer PHBP.

Q> You mentioned attracting a certain type of employer. What makes them attracted to the plan?

SK> It’s often a desire to keep their best freelancers, who want their hours and earnings to go towards qualifying for benefits. They actively seek out PHBP companies. So we get calls from those kinds of employers, ones who want to keep the people they like to work with. That represents a pretty good portion of our population.

And then there are those who join us not just to cover their freelance employees, but their staff employees as well. The staff benefit is extremely fair to the employers, because they’re usually small companies. If they go out into the US health insurance marketplace on their own, they’re going to pay a lot more for comparable coverage. With PHBP, they become part of a large group plan, so they get a better network of providers and hospitals and better benefits than are normally available to the small group market at any price.

And even if changes are made to the Affordable Care Act – which seems more and more likely now, given the recent vote in Congress – they should be protected, since any changes would most likely affect the individual markets more than group markets.

Q> What other commitments are employers making when they sign up for PHBP?

SK> Employers that opt in for PHBP make a commitment to stick with the plan for at least a year. If they want to discontinue coverage, they need to provide us with notice 30 days before their anniversary date. Companies can join the plan whenever they like, there’s no ‘open enrolment’ period for initially joining. And when companies join PHBP, they’re agreeing to cover their freelance employees. They can, however, opt in to cover their full-time staff as well.

Once they’ve signed these forms, that’s basically it. They don’t need to keep track of what their freelancers are doing, like a big company’s HR department would – you know, who’s opting in, who’s opting out, who’s had a qualifying event such as getting married, getting divorced or having a child, etc. The freelancers work with PHBP’s third party administrator to actively manage any election changes (e.g. divorce, marriage, birth, opting in our out of plan, or changing a dependent election), or to verify eligibility.

Q> Are there any obstacles that post production and digital companies face regarding joining PHBP that live action companies don’t?

SK> No, post-production and digital AICP general members can join PHBP at any time. If a company is not signed to a union then the expanded job categories take effect, which may cost the employer more in contributions, that’s all. In addition, we’ve noticed that post-production companies here in the US tend to categorise their workers as independent contractors rather than employees. If their freelancers are independent contractors rather than employees, we don’t cover them, because they’re not employees. So, if an employer is trying to incentivise their freelance worker to continue working for them by offering PHBP, categorising their freelance worker as an independent contractor does not help in doing that. They need to be on payroll and getting a W-2 form for their tax returns, not a 1099. The appropriate classification of their employees is very important.

Although post companies tend to have more independent contractors rather than employees when it comes to freelancers, they typically have a larger population of staff employees. Since the revenue stream for freelancers is what helps fund the plan, we’ve now implemented a small staff administrative fee to cover those costs.

Q> What does it cost the freelancers themselves to be covered by PHBP?

In addition, to ensure continuity of coverage once a freelancer initially qualifies, they can “pay up” to bridge their coverage should they not meet it the following year, so long as they work a minimum of 50 days.

Q> Do you think most freelancers know about PHBP?

SK> No, I don’t believe they do. Initial membership with PHBP is performed at the employer level. As the employer’s workers become participants in the plan, PHBP’s third party administrator initiates communication. In addition, once the freelancer becomes a participant in the Plan, PHBP communicates with the participant population with directly via email, as well as via our newsletter, which comes out bi-monthly. Unfortunately, for freelance workers that are not yet participants of the plan, awareness of PHBP only happens through word of mouth or by way of their employer.

We’re working on ways to better improve awareness about PHBP among our freelancer population, though. We’ve recently begun communicating to our PHBP post-production and digital employer population, as well as our AICP general members that have not yet joined PHBP, about the plan and our expanded job categories. And the freelance employees working for digital and/or post-production companies may not be as familiar with the plan, and we’re working on improving on that by communicating with our employers better, hoping that this will filter down to their freelance population. We’re taking other measures as well, including social media marketing and other forms of messaging.

Q> What’s the most important benefit for employers in providing their freelancers with PHBP?

SK> There are two ways to look at it: What does the freelancer get as a benefit, and what the employer gets in terms of how their freelancers feel about it. I think for employers, they’re able to attract the most sought after freelancers because they’re part of PHBP. Separately, from the freelancer world, it’s just a fantastic benefit in so many ways, from the larger network to the lower cost to the higher quality and the subsidised dependent costs.

For all insurance plans, the carrier dictates the premium cost. And when you’re part of a large group plan, you get lower premiums and lower deductibles. We take it a step further, by subsidising what our insurance carrier offers. We now also provide for free disability coverage, dental and vision, too. So PHBP takes it to a step above the health plan carrier gives us, almost to the point where it’s like the kind of comprehensive coverage you would only get working in a big corporate environment.

Q> Do you think there’s a bit of a halo effect for the employers that provide PHBP for their freelancers?

SK> I do. It’s a great employee retention tactic. To keep the best talent, you want to provide the most competitive benefits. So when you provide your people with PHBP, it takes it a step above the production companies that don’t offer it, or that may not provide their people with any benefits at all. If I were a company owner, that’s how I’d look at it: a fantastic way to keep my best people. We’re like a key part of a total rewards package.

Q> What kind of comments do you get about how people feel about these benefits?

SK> We sent out water bottles that were donated to us by S’well (a company dedicated to reducing the use of plastic bottles) to all our freelancers – about 3000 people. Many wrote back to thanks us, and often added, ‘I love my PHBP benefits!’ And I get calls from freelancers who ask, ‘I really want to get my employer to join, what do I have to do? I love my benefits and I really don’t want to lose them.’ That’s a nice part of the job.

Q> What else do you like about your job? What’s the most gratifying part of what you do?

SK> It’s good to know we’re providing a very tangible benefit. It’s something that everyone at PHBP and AICP can be proud of. And separately, hearing the feedback, the happy voices who tell us about the program, is also very gratifying, as is being creative with the program and working with our board and with our professionals to enhance what it can do. We’re always looking for ways to take it a level above.

Everyone knows how important these benefits are, especially if you or a family member has been through difficult health issues. Most of us have at one time or another, so we know what it means. That’s why we’re always looking ahead, trying to determine what our plan should look like in the coming years.