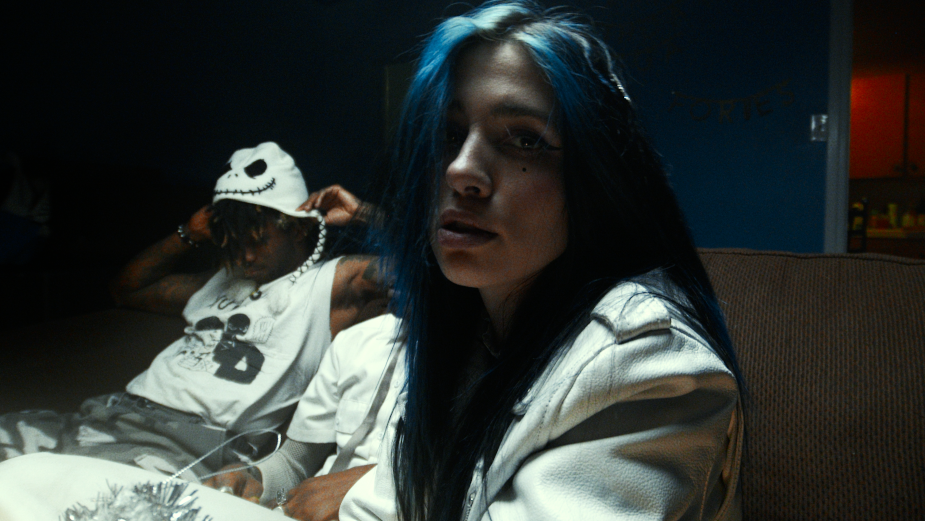 Directed by Adam Gundersheimer, ‘Mind Yo Bizness’ examines the normalisation of surveillance in today’s world -- as well as its pitfalls -- as the viewer watches Ho99o9 duo theOGM and Eaddy and Pussy Riot member Nadya Tolokno perform mundane activities like brushing their teeth and taking a bath.

“The concept originally came up as a sort of joke; to imagine the phrase ‘Mind Yo Bizness’ as a response to corporate and state surveillance,” says Adam. “However, the more we explored the idea, we realised it could get really interesting and deep. With surveillance as the context, we could justify the artists performing these everyday tasks -- things that you wouldn’t and shouldn’t normally watch. That also felt like an interesting juxtaposition to how hard the track was and their music is, in general, which was exciting to us.”

The team shot the video in Los Angeles with the bulk of it taking place in the home shared by theOGM and Eaddy. Adam extensively previsualised the video with storyboards bringing the artists along in the process. He enlisted Panoptica for key crew and supporting production services.

“As a cinematographer, I personally love the creative freedom that music videos give,” concludes Adam, who also served as director of photography. “There’s still a logic to them but it can be a more abstract logic, which frees up the types of things you can try with the visuals. It was a pretty complicated concept for our budget, but the music was so good and the artists were all such amazing performers, we decided to push it and make it work.”