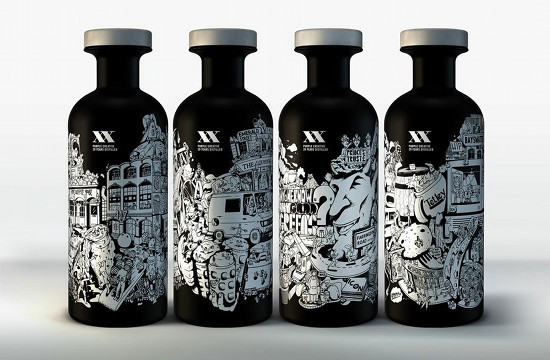 Purple Creative was founded by three friends, Steve Bewick, Andy Harding and Gary Westlake in 1993, straight after finishing their degree at Preston Polytechnic (now the University of Central Lancashire). It was kick-started with a Prince’s Youth Trust grant from Prince Charles. And hasn’t looked back since. 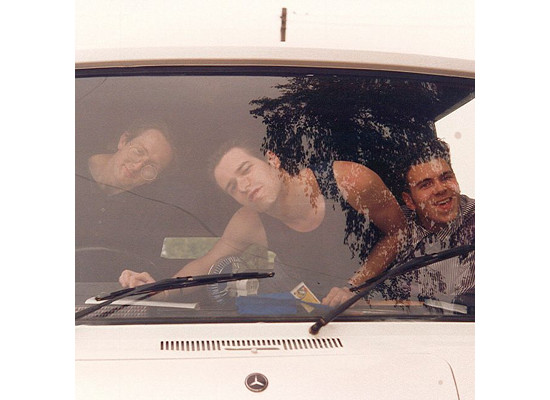 Above: Purple founders in their tender 1993 youth

The 200 bottles of ‘XX Whisky’ will be given to the people and companies who have helped, supported, commissioned, collaborated, taught and inspired Purple over the last 20 years. The whisky itself was specially made for Purple by an anonymous benefactor, one who knows Purple well, but doesn’t want to take any attention away from the agency.

Purple founders Steve Bewick, Andy Harding and Gary Westlake said; “We’ve been lucky to have worked with some of the world’s best alcohol brands over the years. And we know that all our clients, mentors, friends and family either appreciate good whisky, good design, or both. They are the ones who have got us to where we are,  so we couldn’t think of a better way to say a big thank you to all of them. We started Purple 20 years ago, just when we left college, and we are fully aware how rare and special it is that we’re all still together (and talking!) after all that time!”

As you would expect from two decades of being in the creative industry, Purple has many stories to tell and share. From starting the business with a Prince’s Youth Trust loan and meeting Prince Charles himself, to using black and white computers, firing machine guns in the Arizona desert and exploding bins. 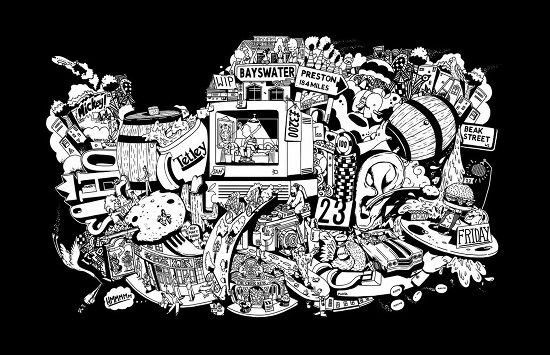 So rather than create a traditional whisky bottle, with serious whisky cues, the bottle was designed to be a celebration of Purple, capturing the fun, stories, eccentricities, culture, informality, friendships, work, people and places of the last 20 years. All 44 people who work and have worked at Purple are named and celebrated on the illustrations. 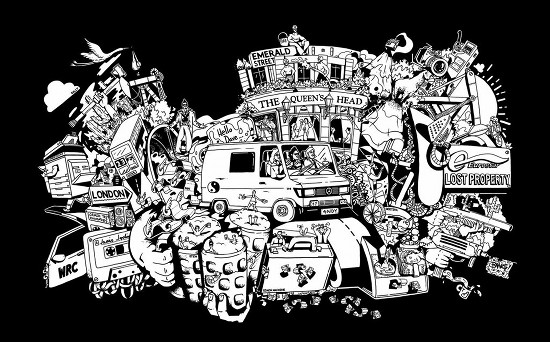 Purple designers distilled the 1000’s of nostalgic stories into four epic illustrations, beautifully and comically brought to life by illustrator Chris Martin. There are four bottle designs, each representing different periods in the Purple story. 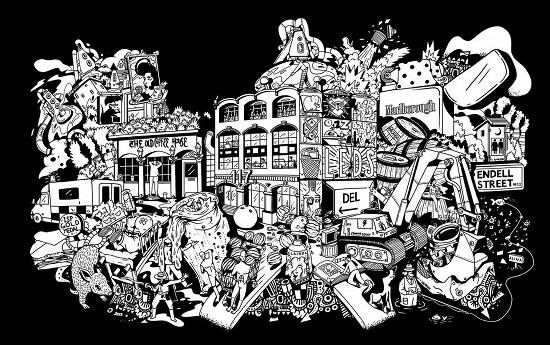 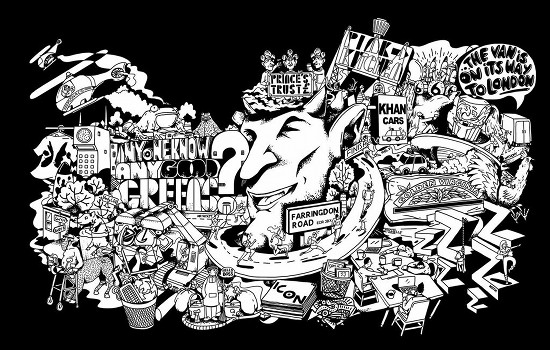 The bottle has been finished in midnight black, and the illustrations have been screen-printed on in white. The bottle has a Corian stone stopper. The blended Scotch whisky was bottled at The London Distillery. 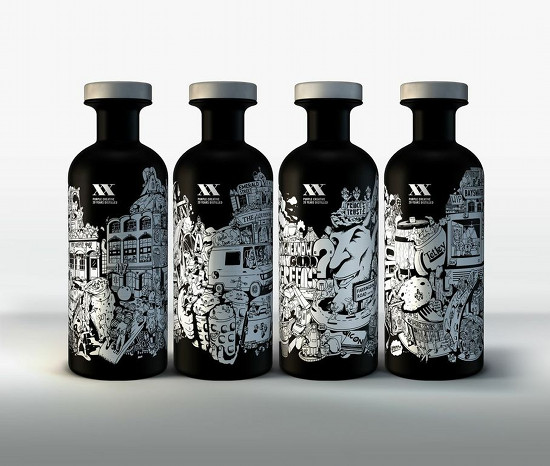