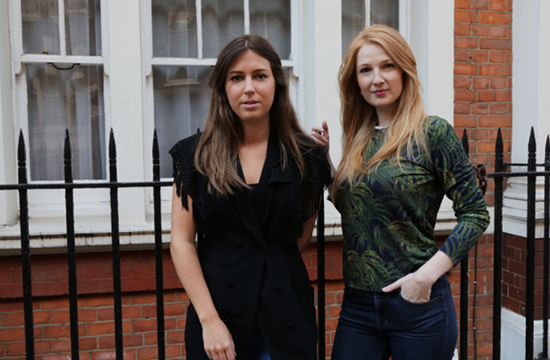 Emily Hodgson and Emilie Riis, the duo currently lobbying Nike to make its coolest men’s trainers available in women’s sizes, have been invited by Reebok to collaborate on its women’s trainers.

Hodgson and Riis launched a campaign last month to shake up the predominantly pink and girly women’s trainers market under the name Purple Unicorn Planet (PUP), with a website disguised as a fantasy trainer shop at www.purpleunicornplanet.com.

The pair, who work together at ad agency 18 Feet & Rising, sent a letter to Nike with their requests. Purple Unicorn Planet has its own hashtag #pleasejustdoit and Twitter feed @PunicornP.

Following the vast amount of press coverage and support PUP received since launch, sportswear giant Reebok got in touch to ask the two Emilies to collaborate with its team.

Meanwhile, Nike’s response to the campaign has been met with frustration and disappointment at PUP HQ. Nike sent a representative to meet with the pair to discuss PUP and subsequently issued the following statement:

"We have been in touch with Emily and Emilie and we find their campaign very interesting. We have always been and will continue to be supportive of feedback from our consumers. NIKE is committed to our sneaker community and will continue to work on offering new and exciting products."

Despite Nike’s stated commitment to the sneaker community, the brand has given no explanation to Purple Unicorn Planet and its supporters on why the women’s range is so limited, and there is no response to PUP’s goal.

Emily Hodgson said: “It’s great to see someone step up. We’ve been delighted and amazed by the response we have received since we launched PUP. The fact that the people at Nike haven’t yet given us the answers we’re looking for is a disappointment.”

Emilie Riis said: “This is a big opportunity and failing to see it means you will be missing out. We want to collaborate with a brand that is taking the shortage in the category seriously. It’s great to see that we’ve struck a chord with so many women round the world who feel the same way we do, and we are driven by giving them a better trainer selection in smaller sizes.