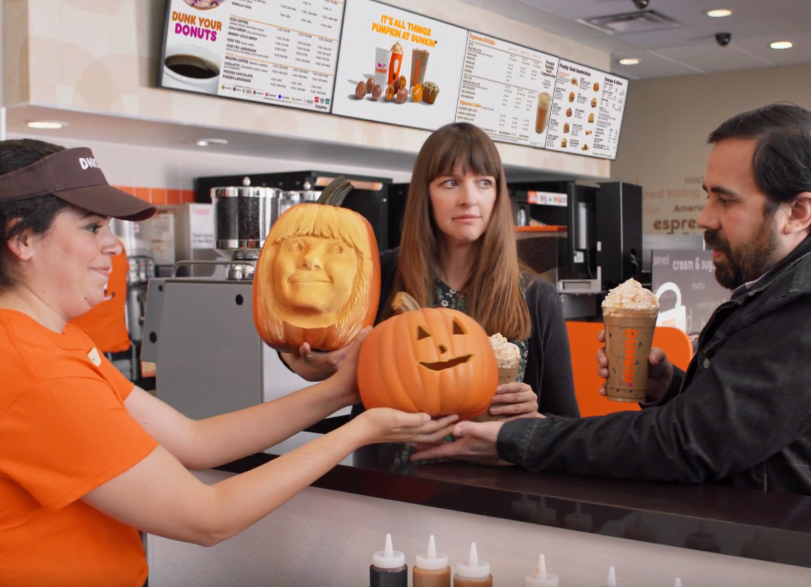 Pumpkin is back at Dunkin’ - and this year, they’ve amped up the flavour.

With interest in pumpkin-flavoured products on the rise, Dunkin’ is taking its lattes to the next level with its new Cinnamon Sugar Pumpkin Signature latte.

To support its new latte, Dunkin’ will be running online and offline advertising. Created by BBDO New York, the spot, 'Carver', showcases how Dunkin’ employees are creative in more ways than one.

The spot will run on TV and social. It also comes in a 15-second cut-down version.