20,000 Days on Earth tipped to re-invent the concert film 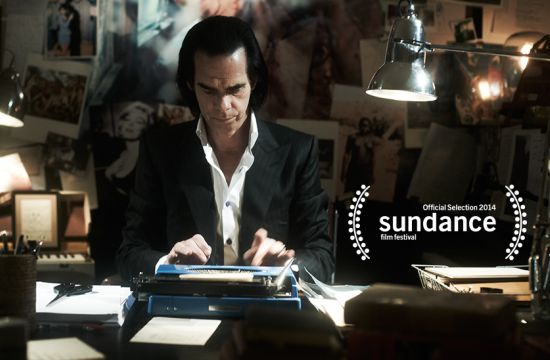 20,000 Days on Earth is directed by Iain Forsyth & Jane Pollard and produced by Pulse Films’ Dan Bowen and JW Films’ James Wilson. The innovative drama documentary has been invited into the World Documentary Competition. The film is set for theatrical release worldwide next year and is supported by Film4, BFI, Corniche. PHI films, Goldin Films and Pulse.

In 20,000 Days on Earth, drama and reality combine in a fictitious 24 hours in the life of musician and international cultural icon Nick Cave. With startlingly frank insights and an intimate portrayal of the artistic process, the film examines what makes us who we are, and celebrates the transformative power of the creative spirit.

Directors Iain Forsyth & Jane Pollard have worked together as artists since the mid-nineties. Performance and music play significant roles in their work, leading to notable collaborations,  including the first on-screen appearance of Ben Drew (aka Plan B) in their short film Walking After Acconci, and a sound installation with Scott Walker at Sydney Opera House. They have been collaborating with the musician and author Nick Cave for several years and directed videos  Dig, Lazarus, Dig!!! and the recent Higgs Boson Blues.

20,000 Days On Earth is Pulse’s third film in three years to launch at the prestigious festival following on from 2012's LCD Soundsystem documentary Shut Up And Play The Hits & 2013's hybrid documentary Who Is Dayani Cristal? A film by Gael Garcia Bernal & Marc Silver looking at undocumented migration into the US. Pulse has won mass acclaim for its innovative documentaries including the Grammy & Grierson nominated Blur documentary No Distance Left To Run, Foals' recent Live At The Albert Hall film, Mumford & Son's triumphant Road To Redrocks,  Katy Perry's Paramount released Part Of Me film which grossed in excess of $32,000,000 at the box office, Channel 4's acclaimed When Bjork Met Attenborough film and Look Back, Don't Stare – the ITV1 feature documentary surrounding Robbie Williams' return to Take That. Other forthcoming music film projects in the pipeline include a warts and all documentary on Backstreet Boys by Stones In Exile director Stephen Kijak, director duo D.A.R.Y.L's feature documenting Edwyn Collins recovery from a devastating stroke and Fred & Nick's forthcoming Payday – A First Cuts documentary for Channel 4 narrated by hotly tipped new Universal Island signing George The Poet which will air in the early 2014.

US creative bible Fast Company recently named Pulse as the 4th Most Innovative Global Company in music in 2013, just behind YouTube & Spotify. In the same year Pulse was awarded the Outstanding Achievement award in the Barclays/FastTrack100 survey published by the Sunday Times and was the only music, film or tv related company featured on the list. Pulse has recently announced global partnerships with both VICE Media & Sony ATV.