Koen joins for representation across commercials, branded entertainment and music videos in the US 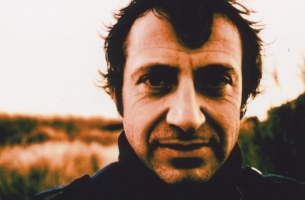 A multi-talented creative, Koen Mortier took his first step into the film industry with the release of two shorts. The iconic ‘Ana Temnei’ and ‘A Hard Day’s Work’ became festival favourites with Mortier quickly gaining recognition for his cinematic approach; acclaim that grew with the release of ‘Ex Drummer’ his first feature, a film that went on to be sold to more than 20 countries. His second film, ‘22nd May’ bagged Mortier several prizes whilst his most recent short ‘Playing away from Home’ was part of a worldwide project ‘Short Plays’, by Arte Mecànica in Mexico, alongside the likes of Vincent Gallo and Gaspar Noé.

With exceptional credentials in the film space, Mortier has also turned his distinctive, almost documentary style to craft out an impressive career within the commercial space. Most recently he made the hilarious interactive commercial 'Run The Village' for betting site Napoleon Games, winning a silver award for best direction at the CCB. Koen also directed the commercial for the TV channel TNT, ‘Push to add drama’. The commercial became an instant YouTube hit with more than 50 million views.

With an ambition to break the traditional production model, Mortier’s appointment sits in line with Pulse’s quest to develop a pool of exceptional creatives on an international scale.  Kira Carstensen, President of Commercials & Music Videos USA comments; “We’re thrilled to add Koen to the Pulse family. His versatility across content genres is perfectly aligned with our multi-disciplinary approach and we look forward to working with Koen as he continues to grow in new creative spaces.”

Koen Mortier adds: “I am excited to be joining Pulse and have long admired their ability to blend creative integrity with both commercial and critical success. Having worked across both the film and commercial spaces, Pulse’s cross sector approach was the perfect home for me.”

Pulse will represent Koen across commercials, branded entertainment and music videos in the United States.