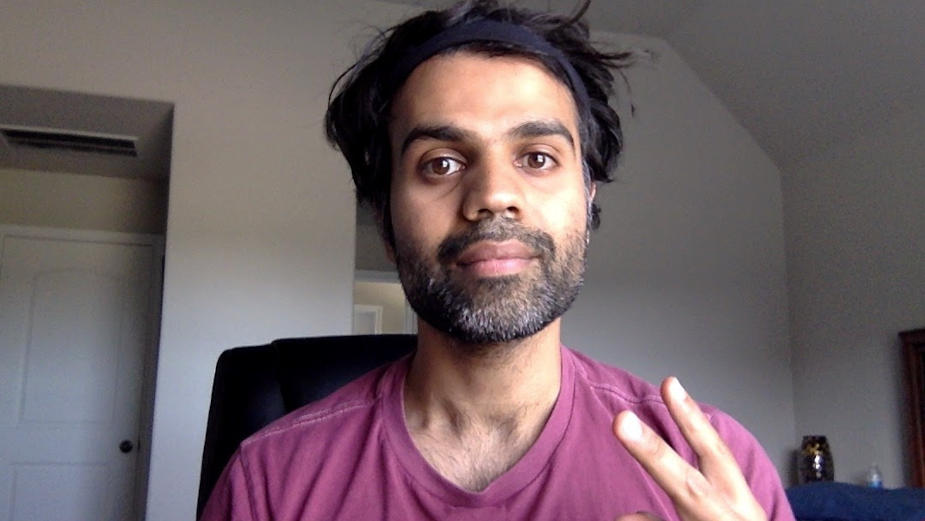 Bassam Tariq is a writer and director from New York, his debut feature film MOGUL MOWGLI starring and co-written by Riz Ahmed and produced by Pulse Films won the prestigious FIPRESCI Critics Award at the Berlinale Film Festival in 2020 ahead of its acclaimed UK premiere at the BFI London Film Festival this month (Oct 10th). Heralded as ‘one of the funniest, darkest and smartest movies of the year’ by the Evening Standard, Mogul Mowgli will be released into UK cinemas on October 30th.

Bassam also won the Short Film Jury Prize at Sundance for GHOSTS OF SUGAR LAND (2019) and his debut documentary THESE BIRDS WALK, which premiered at SXSW, was named one of the 50 Best Foreign Films of the 21st Century by the New Yorker.

Bassam is a TED Fellow and was named one of Filmmaker Magazine’s ‘25 New Faces of Independent Film’. He was an inaugural fellow of the Sundance’s Art of Non-Fiction Residency and participated in the 2017 Sundance Screenwriters’ Intensive.

In commercials Bassam has recently directed work for brands including Sprint, Google and the NCAA. His passion for telling stories and ability to connect to audiences is matched only by the cacophony of influences that inform his creativity. Drawing from the rich tapestry of his Pakistani heritage, pop culture and Western cinema Bassam creates unique, captivating, multi-layered worlds with his films.

Bassam Tariq commented: “I’m so excited to find a home at Pulse Films. We had such a wonderful experience making a film (Mogul Mowgli) together these past two years. Pulse Films are trailblazers and have championed some of the best emerging voices in cinema and commercial work. I’m honoured to be represented amongst some of the best filmmakers working today.”

Davud Karbassioun added: “While we’ve been working together for a while on his feature film [Mogul Mowgli] it’s an honour to formally welcome Bassam to the Pulse Films family.  He is filmmaker with a strong presence in both long and short form,  in scripted and non-fiction, in advertising and in entertainment. Mogul Mowgli is for me one of the most beautiful films of the year,  one that stays with you for a long time. Bassam brings a very fresh and highly artistic perspective to everything he is involved in. We’re proud to be in Bassam’s corner and excited to build on his story as a filmmaker together.