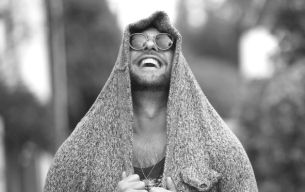 Omri’s work is driven by instinct and heart. He has been celebrated for his ability to transform real-life situations into cinematic experiences. He first made his entrance in 2007 winning the first music video contest on Youtube for the Red Hot Chili Peppers. The following year he went on to direct his first commercial campaigns for Nike and Microsoft and was included in SHOOT’s New Director’s showcase.

Recently, he directed an lm for XBOX with Real Madrid and shot Nike’s launch lm for the new NBA Jersey starring some of the biggest names in basketball including Kevin Durant, Paul George, Demar DeRosan, Isaiah Thomas, etc.

Over the last year, Omri lived with the Lakota Sioux tribe of North Dakota lming a documentary that follows 12 young warriors on horseback who faced down the North Dakota police and National Guard during the Standing Rock protests against the DAPL oil pipeline.

“I knew I found ‘home‘ when I experienced the passion and drive that Pulse Films has for pursuing work that transcends advertising and aims to define culture. It’s a rare environment for a filmmaker to have the genuine support of a partner who is just as eager to take creative chances and really get behind ideas. It feels good to be have the Pulse Films family behind me - it’s a support system that is built to handle any form from big ads, music videos, long form content and films. Pulse Films is really a company designed for the future” said Cohen.

“Omri has a unique gift as a filmmaker of making good ideas great and great ideas truly shine.  His passion for craft and story and his instincts for finding the right talent and working to bring out natural and meaningful performances make him a truly exceptional filmmaker. The entire Pulse Films team is 100% behind Omri and excited for a very bright future. And we’re thrilled to already be at work on our first project with him.” added Darren Folds, Sales Executive Producer in Commercials and Branded Entertainment for Pulse Films.