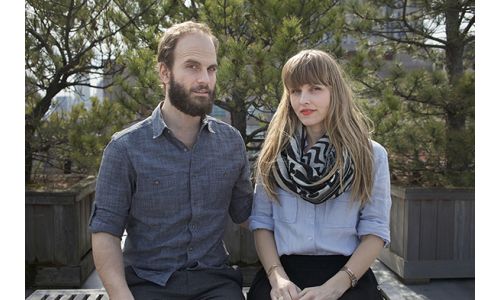 Pulse Films is excited to announce the worldwide signing of multi-faceted director duo Ben & Katja to its roster of commercial directors.

Brooklyn based Ben Sinclair and Katja Blichfeld have formed a unique and successful writer/director and production partnership as seen on their original web-series High Maintenance, which has been heralded by the likes of The New Yorker, Rolling Stone, Entertainment Weekly and Indiewire.

Thomas Benski, CEO – Pulse Films says: “We are so excited to be working with Ben & Katja, it’s rare to find such fresh and original voices able to produce such a refined type of comedy. When we came across High Maintenance we were all blown away – it’s modern, playful yet so poignant. They are able to tap into themes and characters that are so relevant in today’s landscape yet do it without a heavy hand or pushing through overtly simplified stereotypes. Ben & Katja’s natural ability to reflect society through a simple premise, attentive casting and superb comedic writing leaves me with no doubt that the future for them is extremely bright”