Pulse Film's FRED&NICK Direct An Emotive Short For The Kooples 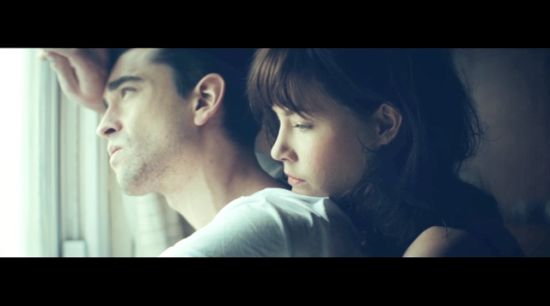 TODAY, TONIGHT sets itself at the iconic Ace Cafe during the 1950's, a British institution heralded as a place that came to define Rock n Roll and motorcycle culture.

The Kooples short film directed by FRED&NICK tells the emotive story of a young boy racer, Micky, intertwined in a life-changing game of  ‘THE COIN DROP’. During its zenith the Ace Cafe became a mecca for biker-tribes - an extended congregation that brought riders together to race in legendary competitions. The riders were all about testing limits in every facet of their lives from the bikes through to relationships - their chief motivation on a daily basis was all about breaking frontiers, realigning boundaries and not giving a damn wherever possible along the way. Total freedom and a carefree outlook.

Grammy-nominated directors Nicolas Jack Davies and Frederick Scott who together create beautiful, raw and intimate human portraits across their work in film, documentary, commercial and music video. Directors FRED&NICK said "The opportunity to create a short narrative film with The Kooples was of great appeal to us, not least as the project had the added association with the Ace Cafe. It’s rare to find a world so rich in stories and characters, and one that has played such a pivotal role in British culture. More than motorbikes and Rock n Roll, the Ace Café was one of a handful of muster points across the country for the post-war teenage revolution. On our many visits in recent months, we've noted that the same spirit is alive and well today and the perfect match for The Kooples attitude and SS14 collection. The film that gently connects two eras through memory and experience became the spark point of our script”.

Today, Tonight is the first release from The Kooples’ new creative division, TK Foundry, set up to create original music, film, technology and art with a global network of cutting-edge creators, tastemakers and artisans.