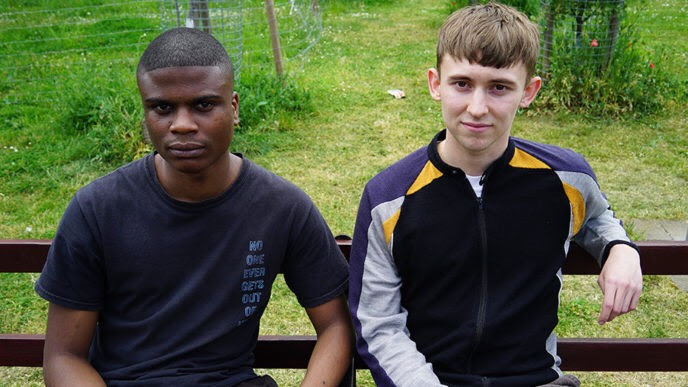 Having met during their Graphic Design degree at Central Saint Martins, Sosa Ohen (pictured left) and Joe Shaw (pictured right) began collaborating at university. The focus of their personal projects went beyond Graphic Design as they began to experiment with art direction, branding and moving image. As their work continued to evolve, their creative vision grew and after graduating in 2018 the pair decided to collaborate more officially under the synonym SOB.

SOB’s creative partnership with artist Collard was struck during their second year of university. Since then the directors were put in full control of Collard’s creative and artistic direction for Collard’s debut album Unholy. Their direction included album artwork, music videos, marketing and tour visuals. Their visuals for ‘Warrior Cry’ and ‘Hell Song’ have garnered widespread acclaim for their richness and sophistication.
SOB commented: “Pulse Films allows the scope for imaginative creation which goes beyond the traditional methods. The absence of restrictions on the work that we can produce with them makes it an inspiring place to be. It is exciting to join a roster of directors of the calibre that Pulse Films currently houses.”
Maurizio Von Trapp, Executive Producer, Music Videos at Pulse Films added: “What amazed me initially about Sosa and Joe (aka SOB) was how clear their vision was as new directors, their work with Collard blew me away. Not only can they create beautiful and emotive visuals but they’re also keen art directors and are great at forging relationships with the artists they work with. We're excited to welcome SOB and can't wait to see what we create with them."
SOB launch on Pulse Films with Collard’s latest visual for ‘Merciles' :
Collard commented the on-going creative partnership: "Working with Joe and Sosa is an artistically consuming and meticulous process. They force me to think inside they’re world of design and quality. Whether it’s how they want me to display an emotion or what colours they want to complement each other. From the birth of a treatment, to attending every fitting, to sometimes even putting my body into position while shooting. The two are obsessed with constant artistic evolution and without them inviting that obsession into my world the album would not have become what it is.”
view more - Hires, Wins & Business