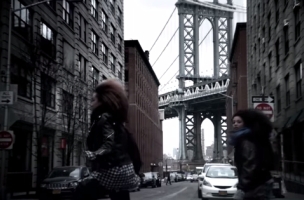 Cadillac has a history and culture of doing things differently. And that continues today with their move from their historic home of Detroit to New York, which is where this spot is set.

'The Arena’, filmed from inside a car as it drives around downtown New York & created by Publicis UK and New York, contrasts the colour and vibrancy of the neighbourhoods against an emotional rendition of Theodore Roosevelt’s iconic ‘Man In The Arena’ speech. The speech could have been written with Cadillac in mind, with its talk of striving valiantly and spending oneself in a worthy cause. But mostly with its assertion that we all must 'Dare Greatly' in life.