Publicis Seattle Unveils Inspiring 'Been There, Made That' Short for Visit Seattle 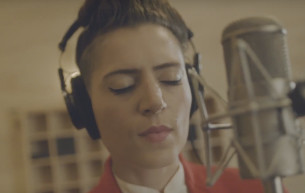 “Been There, Made That” premieres today on Visit Seattle’s video channel, Vox and Facebook Canvas. The series came together with the help of lead agency Publicis Seattle.

The first episode features Grammy-nominated artist Emily King, a native New Yorker who visits Seattle to find inspiration and create. Check out the full episode below:

During the film she meanders throughout the city, speaking with locals, listening to the city’s defining sounds and collecting them along the way to immerse herself in the city, and ultimately create a new song.

With the premiere of “Been There, Made That,” Visit Seattle continues to break the mold when it comes to travel campaigns and has evolved into an entity that’s really half tourism organization and half content producer. This series is one of three new branded content programs premiering as part of the Fall Lineup (more details below). As you can see, it’s not about the billboards and typical sweeping landscape TV spots of traditional travel marketing. The work takes potential visitors into the city as if they’re locals for a fully immersive experience.

- “Been There, Made That:” The series continues with its second episode on Oct. 6 ft. Caldecott Medal Winner Chris Raschka, a children’s storybook creator and artist. His approach to storytelling represents a true marriage of illustration and words; the book IS the art. Other episodes will feature Jimenez Lai (Oct. 26), the founder of Bureau Spectacular, which imagines other worlds and engages the design of architecture through telling stories. In this episode, Jimenez pulls inspiration from Taste of Seattle to craft a one-of-a-kind dining set. Another will host Jeni Britton Brauer (Nov. 16), founder of Jeni’s Splendid Ice Cream. Her episode will revolve around a new ice cream flavor inspired by Seattle.

- “Culture Trippers” (premieres Sept 21): A video series airing on VisitSeattle.tv and in partnership with travel media company Matador, exploring the depth of subcultures in Seattle through influencer meet ups and incredible cinematography. Viewers will dive into subcultures that are defining Seattle – including burlesque dance, the world of water, street food and, interestingly, non-alcoholic craft drinks. I will have a rough clip to share in the coming days, if interested in learning more?