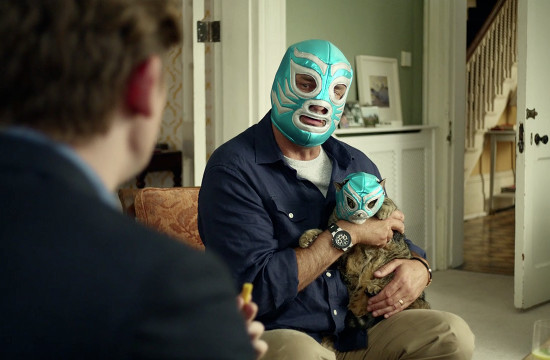 Publicis London has produced a campaign to launch new Phileas Fogg, from KP Snacks, as a range of original and exciting taste experiences from around the world. The two 30” TV ads launch today, with 6-sheet posters to follow in-store, and will feature during the remainder of 2013.

Phileas Fogg has transformed into a new, contemporary and exciting range of taste experiences from around the world, with unusual flavour combinations, textures and shapes, taking inspiration from countries such as America; with Louisiana Sweet and Smokey BBQ Bubble Chips and Mexico; with Cool Sour Cream and Onion Mexican Taco Rolls.

As a result, the new work reflects that Phileas Fogg are different and more enticing than everyday flat crisps.

 The campaign features Phileas Fogg fanatics - and a cast of characters including a cat in a Mexican wrestling mask and dancing alligators from Louisiana - going to great lengths to educate others who dare suggest Phileas Fogg are  mere crisps by committing the cardinal sin of calling them the dreaded c-word.

6-Sheet posters will continue the theme from mid-August at point-of-sale in a number of supermarkets.

This is the first activity for the brand since 2009.